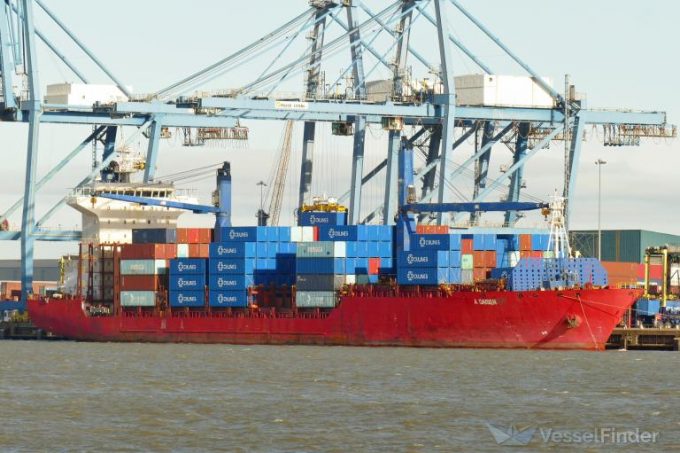 In an effort to improve the company’s performance and reduce its reliance on chartered ships, Alibaba-backed Transfar Shipping has acquired two 1,800 TEU newbuilding resales and a similar in-service vessel from Chinese liner operator StarOcean Marine for a total of $75m.

VesselsValue shows that the two newbuildings are among eight sister vessels that StarOcean ordered at Yangzijiang Shipbuilding in China in January 2021, for $23m each. The ships are all expected to be delivered by July 2023, with deliveries beginning this year.

“The [two Transfar] newbuildings, expected to be delivered in September and December this year, were sold for $43m each,” according to VesselsValue.

The in-service vessel, the 2010-built A Daisen, was reportedly acquired by StarOcean for $9.5m in February 2021 and was sold to Transfar for $33m.

This means that StarOcean has achieved an aggregate profit of $63.5m from selling the ships.

A Daisen had been chartered by Transfar since December 2021, at $60,000 daily for six months. The company said recently that it wants to own more ships to manage high charter costs, especially when Transfar is poised to carry more cargoes for Alibaba.

In August 2021, Transfar, originally an NVOCC, entered the liner sector with Asia-US West Coast services, and then launched Asia-US East Coast services in February this year.

In February, Transfar bought the 2010-built 2,872 teu Windswept for $52m from Lomar Shipping and the H Mercury, a sister vessel to the newly built StarOcean vessels, for $43m from Yangzijiang Shipping (Yangzijiang Shipbuilding’s ship owning arm).

Transfar is now running its services with Windswept, H Mercury and five chartered ships. The company is now ranked 44th among liner operators, with total capacity of 21,503 teu.