News / Airfreight set to see spikes of demand in Q4, but rate rises will be calmer 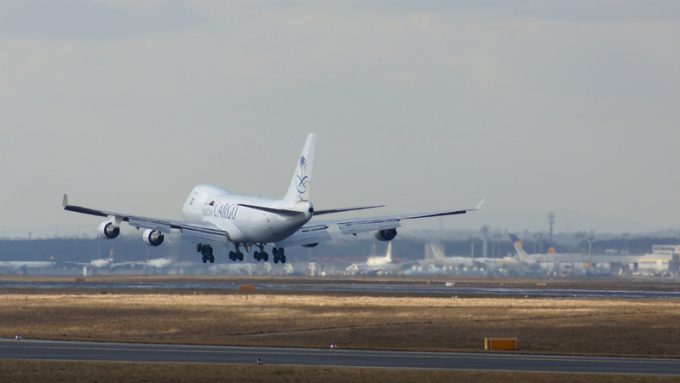 The airfreight market will see spikes of demand in Q4, but the “wildfire” rate increases experienced during “PPE season” are unlikely.

According to Chaminda Gunasekera, Seko Logistics’ senior director of airfreight and e-commerce network development for APAC & MEA, online sales will drive airfreight demand more than B2B during the final quarter.

“Everyone is expecting the market to pick up mid-October, due to e-commerce events like Singles’ Day,” Mr Gunasekera said.

“Most exporters think inventory levels are low in the US and Europe, due to buyers not ordering products because of lockdowns and financial difficulties. Demand will come in October and November when there will be spikes, which will drive rates very high for a short period.”

He said demand was rising in south China from small e-commerce sellers, although a greater percentage of non-electronic cargo is expected to flow through airports in north and east China, rather than Hong Kong, due to an increasing number of freighters deployed there.

“Capacity keeps getting added in second- and third-tier cities through local government subsidies, such as in Qingdao, Hefei, and Nanchang,” he explained.

While freight rate increases are expected, they could be tempered, compared with the monster rates seen for PPE shipments between April and June, Mr Gunasekera suggested, due to some advance block bookings by large forwarders.

“To protect their key accounts like HP, Apple, Dell and Sony, these forwarders signed charters for Q4, and since the capacity and rates are locked-in, these key accounts and forwarders will not be going to the open market for capacity – which takes away the wildfire-style rate increases experienced earlier in the year.”

He said most charter operators were currently asking for $800k-$900k, which could increase to $1.3m in November.

“However, there will be a limit, as the demand now is for commercial goods, not PPE paid for by governments that did not care how much they were spending,” he added.

Mr Gunasekera noted how, with the limited number of freighters available after the large block bookings by the “master loaders”, this has negatively impacted the service levels of some carriers in the Middle East and Africa, for example, where the forwarder has been building Seko’s e-commerce footprint.

“One such airline offered to operate charters and received payment even before knowing if it could get landing rights and demanded the forwarder pay 30% more to re-route,” he said. “And some Middle East carriers have let go of their usual service levels and are overbooking flights by 200%.

“Another Asian airline that came up with a split charter programme is facing a backlash due to its stubbornness, holding forwarders against the agreements they signed. Airlines should make money, but should follow ethics too.”

Meanwhile, Mr Gunasekera cautioned that, if a Covid-19 vaccine was found in the coming months, all bets would be off for air cargo market predictions.

“We cannot imagine what could happen to airfreight rates and capacity, as all commercial demand would be surpassed by the national need for moving vaccines by governments and national carriers,” he noted.