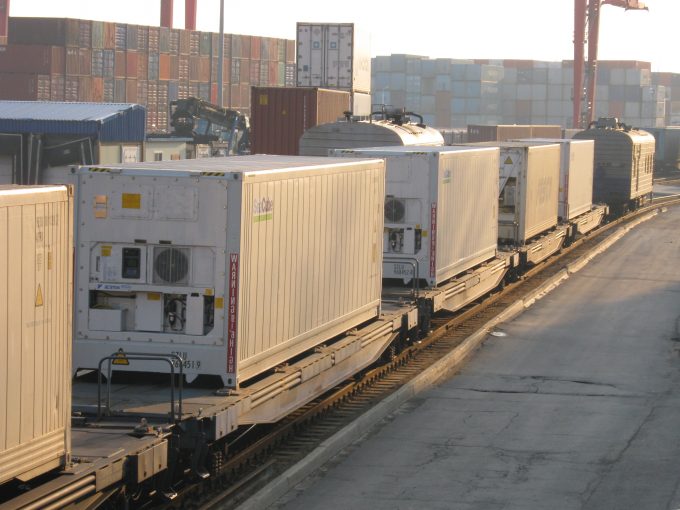 According to Ah Huat Goh, general manager, global marketing and service, reefer container department at Daikin, the technology represents a significant advancement over the “passive” solutions on the market.

“Active CA will open up more commodities to shipping lines because it’s more reliable and can reduce oxygen more precisely than passive technology,” he told The Coolstar.

He added: “Active CA helps prolong the shelf-life of produce such as asparagus, avocados, lettuces, cherries and blueberries. As a result, shipping lines will definitely be able to challenge airlines more for these cargoes.”

The technology is adapted from Daikin’s oxygen concentrator, developed for use in the medical industry.

“Unlike passive CA, which relies on produce respiration, Daikin’s Active CA produces nitrogen-rich gas to the reefer container, reducing oxygen density rapidly. This puts the fresh produce ‘to‘sleep’ in a matter of a day or so, leading to longer shelf-life.

Mr Goh added: “We inject outside humidity into the reefer container. This is extremely important for fruits with a high water content because when you have high humidity you have a higher weight and better quality, because it’s 95% water, and the freshness relies on humidity.

“Of course, this very much depends on outside humidity – if it is hot and humid outside you’re going to inject more humidity; if outside is cold and dry you inject less humidity. This is going to be a game-changer for the industry.”

The company believes the potential for new cargo routes and commodities will come as a boon to shipping lines which have suffered from low reefer freight rates in recent years.

However, there have been recent predictions that rates will rise due to a forecasted shortage in the number of reefer units in operation.

Additionally, Mr Goh believes the current wave of industry consolidation among carriers will also have positive impact on reefer trades.

“For too many years there was very fierce competition driving rates down. Shipping lines have gone out of business and reefer trades have been affected too because when they aren’t making money they’re going to cut costs and this leads to reliability issues, a poor product, and less investment – it’s a vicious cycle.

“Over the past two years, with shipping lines not making money, there’s been a big freeze on new reefer container investment and the containers have been getting older. In fact I would say that 2016 was the worst year for reefer manufacturers because it was the lowest for new equipment investment.

“With consolidation we will see rates stabilising, which will help shipping companies to be profitable and make better investments for the shipper.

“We’re already seeing it, reefer investment has shot up. Consolidation has stabilised things and everything has started picking up,” added Mr Goh.

Maersk Line has completed the first seaborne shipment of fresh mangoes from India to the ...

MSC has become the latest carrier to make a significant investment in controlled atmosphere (CA) ...

Hapag-Lloyd is buying 7,700 new reefer containers, with part of the order seemingly with Maersk’s reefer manufacturing ...