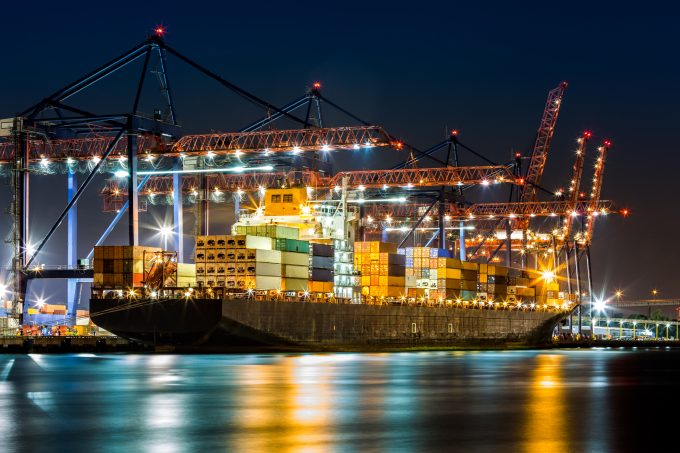 Shippers are breathing a sigh of relief after US east and Gulf coast dock workers reached “tentative” agreement on a new six-year master contract, following years of tough negotiations.

The International Longshoremen’s Association (ILA) announced the news yesterday, adding that the agreement with the US Maritime Alliance (USMX) now needed to be ratified by its members.

In a joint broadcast, ILA president Harold Daggett and USMX chairman David Adam said: “We have reached a tentative agreement on a six-year master contract that is beneficial to both sides.”

Animosity between the two parties came to a head in December, when they ended negotiations over differences surrounding automation.

Last year, Mr Daggett expressed his concerns over port automation, issuing a letter to members that fired a warning shot across the bows of ports and terminals looking to increase automation levels.

“I predict the issue of automation will dominate our contract talks,” he wrote, adding that he would not allow his members to be subject to the same forces that had hit the steel industry.

“The ILA will not allow automation to rip apart our livelihoods and destroy our jobs and families, and the ILA intends to let management know that we are totally opposed to fully automated terminals.”

But the agreement appears to have resolved the issue, and it looks likely that dockworkers will have a new contract in place before the existing agreement expires in September.

Both Mr Daggett and Mr Adam have encouraged local chapters of the ILA to finalise local agreements by 10 July, in the lead-up to the full ratification process.

Pressure had been mounting over the past 12 months for a deal to be finalised after dockworkers on the west coast extended their master deal until July 2022.

Chief executive of US-based forwarder American Global Logistics, Jon Slangerup, was quoted in The Wall Street Journal as saying neither side had any choice but to reach an agreement.

Mr Slangerup said: “Given an agreement was reached on the west coast, the east really didn’t have a choice but reach the same kind of agreement or they would really be risking jobs and business.”

Figures from Logistics Trends & Insights suggest a mixed start to the year, with New York and New Jersey seeing volumes up 7.3% in the first four months, while Savannah’s volumes increased 6.5%.

However, the port of Virginia’s  Norfolk International Terminal saw figures remain flat, year on year, over the same period, while Charleston recorded a drop of 1.4%

ILA sues after non-union labour unloads containers at new US terminal The US east coast is ...

Federal Maritime Commissioners Carl Bentzel (pictured above) and Daniel Maffei have written to US president ...

While the US east coast ports are in expansion mode, anticipating growth, the nation’s prime ...

US retailers ready to bury peak season hopes, with no sign of quick recovery

US retailers are losing hope of any recovery in the autumn, casting serious doubt on ...

US intermodal traffic has slumped to levels last seen in the recession of 2008-09 – ...

The US port of Virginia is preparing for a lengthy spell of handling materials and ...

Qatar Airways Cargo has put itself at the forefront of a potentially radical change in ...