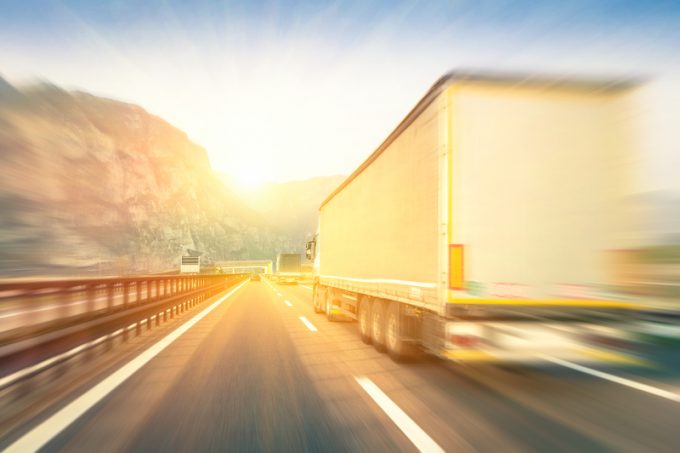 US shippers moved fewer goods by road in the final quarter of 2021 – but they paid a good deal more in trucking charges.

The US Bank Freight Payment Index, published quarterly by US Bancorp, shows the number of truck shipments in the quarter dropped, both from the third quarter and on a year-on-year basis, whereas freight spend moved in the opposite direction. Year on year, the cost of trucking climbed more than 20%.

Shipment volume slipped 2.4% from the third quarter level, but compared with Q4 20, the decline is even steeper, 5.1%.

According to the report’s authors, there were two reasons for fewer shipments – a shift of activity to the third quarter and lack of available capacity.

To avoid stock-outs in the peak season, companies built up inventory earlier than usual, they found. This tallies with reports from the National Retail Federation and American Trucking Association (ATA), which also observed trends to re-stock ahead of the peak, as well as early shopping by consumers concerned that supply chain disruptions might cause empty store shelves in the run-up to Christmas.

Bobby Holland, US Bank VP and director of freight data solutions, added: “The freight trucking industry faced familiar challenges as we closed 2021, a lack of available drivers, trucks and trailers. This is increasing costs for shippers and making it more difficult for carriers to haul more freight.”

Trucking rates jumped as a result of the capacity constraints: the cost of moving goods by truck rose a hefty 20.2% on a year earlier, boosted by an 8.4% surge in spend over the third quarter. And rising fuel costs played a role in this development. According to the US Energy Information Administration, the average diesel price climbed 9.3% from the third to the fourth quarter, resulting in a surge of nearly 49% on the final quarter of 2020.

Nevertheless, the report points to capacity constraints as the main culprit behind the increased trucking spend, more so than the galloping oil price.

Trucking spend has risen fairly steadily since the start of last year, the index shows. It climbed from a value of 212.2 in the first quarter, to 267.5 in the final quarter, while the shipment index crept up from 117.5 to 121.6.

These numbers conceal significant regional variations, ranging from a 0.7% gain in Q4 shipment count in the south-western US to a 6.4% contraction in the west. However, all regions experienced strong increases in spend in the fourth quarter, indicating that the capacity shortage affects the entire country.

The west was the strongest market last year, climbing 2.5% in shipment count year on year, but it did suffer a 6.4% drop in traffic from the third quarter. This is attributed to the congestion at west coast ports that caused some traffic diversion to other parts of the country.

And trucking spend advanced the most in the west. An increase of 29% versus the fourth quarter of 2020 was more than 5% higher than the rise in spend in the next highest region.

Year-on-year, the west and the south-west were the only regions that showed gains in truck shipments. The south-west recorded the highest level of activity since Q3 19. This was fuelled by increased crude oil production in Texas and lively cross-border trucking with Mexico. Truck entries from Mexico through Laredo climbed 9% in the fourth quarter.

Trucking activity in the midwest dropped 2.9% on the third quarter and 12% on a year earlier, the result of supply chain problems crimping automotive production, which fell 10%-15%. The woes of the auto industry also affected trucking activities in the south-east. The region experienced its first year-on-year drop in truck shipments since Q2 20. The north-east saw moderate declines of 1.6% and 1.2%, respectively, in quarterly and year on year shipment counts.

Capacity constraints will continue to hamper growth in trucking activity, Mr Costello warned. “The demand for trucking services continues to be high, but until driver shortages, as well as various supply chain challenges such as those that are causing truck and equipment shortages are improved, capacity will be constrained.”