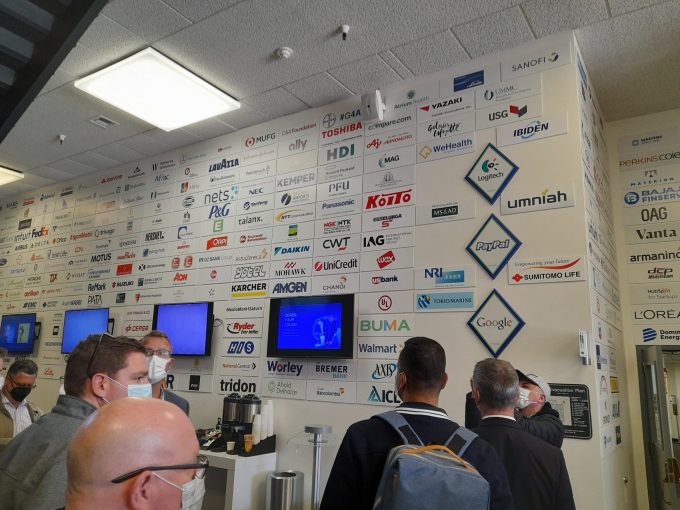 Plug and Play, founded in 2016, is a conduit between start-ups and large corporations, as well as being a seed investor. Its large Silicon Valley-based building is a “sourcing channel for venture firms”. It has so far sourced nearly 4,000 start-ups, accelerated more than 300, and made 34 investments.

Family-owned P&P invests about $20 to $30m a year in start-ups, mostly at the seed stage. Its lowest cheque value is about $25,000, and its largest is “north of $1m”. Decisions are taken fast, between two weeks and three months, while venture capital firms tend to take longer, about six months. It tends to take between 1% and 5% equity, and exits when the start-ups go public, or are bought out.

In contrast, venture capital firms generally look for 15% to 25% equity, with a board seat – but only invest in up to five a year. For the VC community, between 1% and 10% of start-ups reach unicorn status.

“If you have one big hit, it makes up for the other losses. It’s a risky business,” said a Plug and Play executive.

Corporations, which find the new companies via P&P, like to work with more mature start-ups.

“We need a handful of corporations serious about digital transformation, maybe five companies to invest as an accelerator. The biggest value for start-ups is our corporate partners, which could become their customers.”

P&P focuses on a number of sectors, but the supply chain practice has been one of the fastest-growing, especially since the start of the pandemic; travel was one of the hardest-hit.

“We are looking to deploy $500m, and will be constantly putting money in over the next few years. We are increasingly excited by emerging markets in Latin America and Africa. There is a lot of really great activity there.”

One of its current interests is in SAF distribution. It is also looking at airport technology, track and trace, better forecasting and imaging solutions.

“I think there will be a paradigm shift in the next few years, in IoT sensors. Sensors for pallets, case and item-level tracking.

P&P has not invested in drones because of the regulatory issues and because “hardware, such as drones, needs to raise hundreds of millions of dollars, while we invest small amounts”.

Mr Shadpour added: “The supply chain industry is currently stuck in a series A crunch. It’s very fragmented in market share, and people are waiting for generation two or three to come out.

“And there are fewer start-ups in air freight – although there are some such as Zen, cargo.one, Xeneta. But air cargo is starting to come online now.”

P&P’s building was part of its offering, housing start-ups. Occupancy before Covid was about 95% – now it is just 40% however.

“We are not relying on rents, though.”

Use case: seed money for start-ups; introductions to new technologies for corporations.