It's the coming of age for wearable technology in logistics 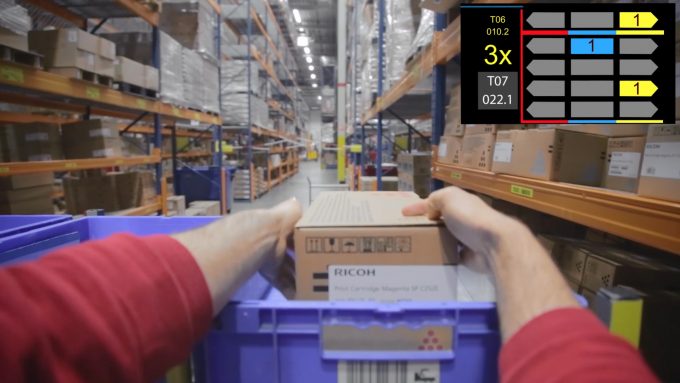 The integration of wearables into the logistics and maintenance industries has yet to see widespread adoption despite being mooted as a potential game-changer.

Why such technologies have failed to take off is due to a variety of factors, but what is apparent is that – regardless of whether wearables to date have lacked the mobility or security capabilities to fully support the ways in which we now work – those capabilities are rapidly building, and organisations remain keen and willing to unlock the potential such devices have.

According to ABI Research, global wearable device shipments will reach 154m by 2021 – a significant jump from around 34m in 2016. What’s more, the same report goes on to explain that a predicted 34% of these devices will be shipped to warehouse and manufacturing enterprises.

Coming of age for wearables

This year could therefore be the one in which wearables finally take off, and nowhere more so than in the industrial sector. This projected uptake of devices demonstrates a confidence amongst chief information officers (CIOs) that is perhaps deceptive when compared with the lack of success in the market to date, but it does also reflect a ripening of conditions driven by technological innovations. A maturing IoT [internet of things] market; advances in augmented reality (AR); and the impending arrival of 5G – which is estimated to have a subscription base of half a billion by 2022 – are contributing factors which will drive the capabilities of wearable devices.

However, it is the rise of ‘Edge Computing’ which is perhaps the most significant catalyst behind wearables. As the IoT market continues to thrive, IT managers must be able to securely and efficiently scale their IT capabilities and address the vast amounts of data generated by the technology.

Edge computing enables organisations to resolve this challenge, while at the same time creating new methods of gathering, analysing and redistributing data and derived intelligence. Processing data at the edge reduces strain on the cloud so users can be more selective of the data they send to the network core. Such an approach also makes it easier for cyber attacks to be identified at an early stage and restricted to a device at the edge. Data can then be scanned and encrypted before it is sent to the core.

As more and more wearable devices and applications are developed with business efficiency and enablement in mind, edge computing’s role will become increasingly valuable and could help organisations to achieve $2trn in extra benefits over the next five years, according to Equinix and IDC research.

Where will wearables have an impact?

It is in industries with a heavy reliance on frontline and field workers – such as logistics, field maintenance, manufacturing and warehousing – where CIOs are identifying how best they can use these devices to enhance mobile productivity within their organisation. The use case for each is specific to the sector, organisation and role, but this flexibility is often what makes such devices so appealing, providing a safe, hands-free and uninterrupted mobile working experience.

Take, for example, field boiler engineers conducting an annual service, who could potentially use AR smart glasses to overlay the schematics of the boiler to enable a hands-free view of service procedures – meaning that when a fault becomes a barrier to repair, the engineer is able to use collaboration software to call for assistance from a remote expert.

In warehousing, employees have been using wearables such as headsets connected to phones for many years to verbally communicate issues or receive information from floor managers. Now, ring scanners and smart glasses can mean data on specific items can be tracked and monitored digitally, reducing the chances of human error while gathering valuable data that can be analysed with a view to improving logistical efficiency.

Such examples demonstrate the immediate and diverse potential of wearables across industries with a significant proportion of frontline workers. With enterprise IT infrastructure now in a position to embrace such technologies, the capacity to deliver bespoke functionality to mobile workers will be the catalyst for continued uptake throughout 2018 and beyond.

AI and the future of work: will our jobs disappear?

We are all told daily – especially the forwarders and driversamong us – that our jobs ...