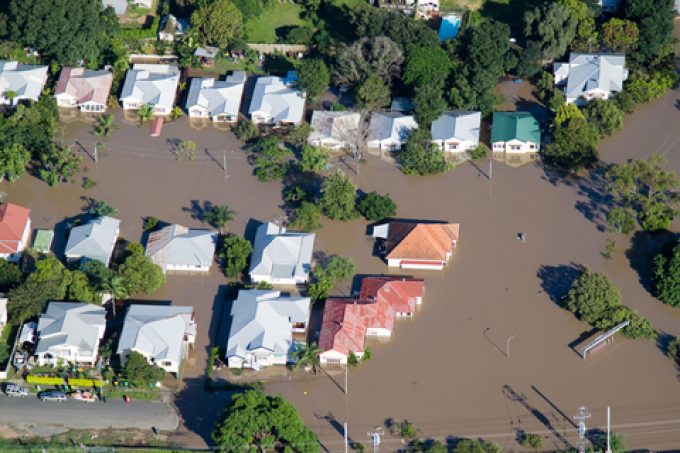 Shipping lines have been accused of “showing no compassion” by refusing to extend container detention free-time for customers impacted by record-breaking floods in Australia.

According to the Container Transport Alliance Australia (CTAA), the floods in Victoria have caused delays for exporters and left transport operators dealing with significant disruption.

CTAA director Neil Chambers said road closures, flooded communities and property damage was stopping many businesses from continuing operations, adding: “Exports from the region need to be rolled and re-booked with shipping lines.

“In the main, we are being told there are export commodities, such as pasteurised milk to South-east Asia and other dairy products with a limited shelf life, which are the hardest hit, as well as some urgent freight for Tasmania.”

“On the import side, one large regional operator in Shepparton reported that the container stevedore terminals had been very understanding, and were working closely with the road carriers to avoid terminal storage bills and to accommodate additional time slots when the containers can be finally moved north from the port.”

However, Mr Chambers said, the shipping lines had “reportedly knocked back legitimate requests, in force majeure circumstances, for extensions to container detention free-time for import containers that can’t be moved. The shipping lines are showing no compassion.

“They are foreign entities with their profits flowing offshore and, seemingly, have little empathy for the plight of their customers in Australia.”

A spokesman for carrier association Shipping Australia told The Loadstar: “The situation in Victoria is very distressing for everyone caught up in the floods. Unfortunately, we cannot comment on specific claims made by industry advocates, as these are matters for individual shippers and individual shipping lines.

“In general, the ability of shipping companies to charge ongoing hire fees is of vital importance, as they incentivise the return of containers to lines for re-use”.

It is the second time this month shipping lines have been accused of “profiteering” in a natural disaster, after shippers and forwarders operating in flood-hit Pakistan said they were facing hundreds of thousands of dollars in detention and demurrage bills because shipping lines refused to waive fees.