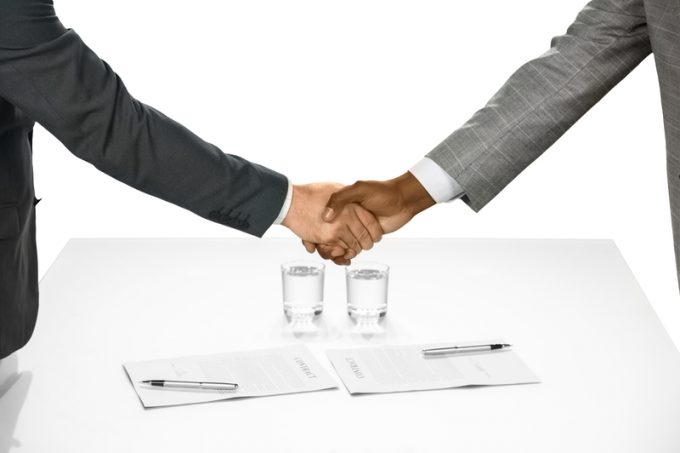 A “boilerplate” service contract for shippers and container lines jointly drawn up by the Global Shippers Forum (GSF) and carrier association BIMCO is finding increasing take-up by shippers of all sizes, despite being originally intended for those with fewer cargo volumes.

SERVICECON, the product of a two-year project between the two associations, has been available for a year and is beginning to be adopted in some unexpected quarters, GSF secretary general Chris Welsh told The Loadstar.

“Although it was developed specifically for small- and medium-sized shippers, moving perhaps tens or hundreds of boxes a year rather than thousands, we have also found that some of the largest shippers are using it on secondary or tertiary trades outside their main routes where they don’t have comprehensive agreements with carriers.

“There is a vast amount of cargo carried on the seas which is transported under carriers’ terms and conditions, and while many shippers believe that once they have agreed a rate with a carrier they effectively have a contract, they don’t – all they have done is entered into a rate agreement.

“SERVICECON provides a way for shippers and carriers to approach the whole process more professionally and efficiently, and it’s a fair and balanced contract. I’ve no hesitation in recommending shippers to use it – yes there are some aspects which are more carrier-friendly, but others are more shipper-friendly.”

Erwann Merrien, general counsel at Marseilles-based Marfret, said: “We have used SERVICECON. It really helps that the contract comes from two big representative organisations, that makes it much more acceptable to shippers. And it’s a really straightforward contract to use – it just has the basics of what’s needed.”

“You have the larger shippers which use their own very complex contracts, but these don’t always even apply to the shipping industry and that’s where the legal fights begin.

“That is not the way to go – a boilerplate contract is much more preferable because it is something we and our shippers can build on, or not.”

Grant Hunter, head of contracts and clauses at BIMCO, said: “BIMCO feels that there is real value for shippers and carriers in this collaboration with the GSF.

“There are a lot of unnecessarily long and overly detailed service contracts in circulation. SERVICECON provides a neutral starting point for negotiations – a fair and balanced contract stripped down to its bare bones. It’s a really big help for small- to medium-sized shippers when dealing with carriers.”

The seven-page contract can be downloaded free of charge here and a discussion between BIMCO and GSF, along with Marfret’s Mr Merrien, covering the legal aspects of SERVICECON, can be viewed by clicking below.