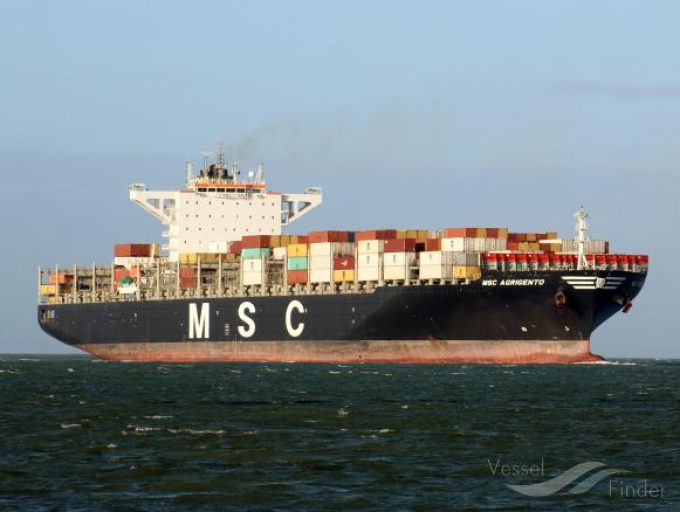 MSC’s fleet ambitions could be enhanced, following reports that the world’s largest ocean carrier is in the market for more 8,000 teu utility vessels.

According to Alphaliner, MSC is said to be in talks with several Asian shipyards for construction of an “unknown number” of 8,000 teu LNG dual-fuel-powered ships.

The consultant estimates the post-panamax vessels could cost the carrier some $120m each, based on a delivery in mid-2025.

If negotiations are successfully concluded, an order for just three 8,000 teu vessels booked will take MSC’s orderbook above an astonishing 2m teu of newbuild capacity that it can expect to receive within the next three years.

Putting this into context: these newbuilds alone represent enough capacity to make MSC the fifth-largest container line in the world.

The carrier’s interest in ordering newbuild 8,000 teu ships suggests it wants to be less reliant on the volatile charter market for these utility vessels which it deploys on several routes, including the emerging African tradelanes.

And in the smaller sizes, MSC’s raids on the second-hand market since August 2020 have resulted about 240 vessels acquired, ships that otherwise would have been chartered in.

Many of the vessels purchased were already chartered to MSC, while some have been acquired with charters attached that have six months or more before they expire, and are currently operated by rival carriers.

Arguably, ocean carriers have focused too much on ordering ultra-large container vessels (ULCV) in a race to operate the biggest and achieve the lowest unit costs and, consequently, there has been a lack of investment in the smaller sizes in past years.

The 18,000-24,000 teu ULCVs are only viable on the Asia-Europe tradelane and carriers, flush with cash from a two-year earnings boom, have turned their attention to ordering smaller vessels for trades where they are the right fit.

Carriers seem to be positioning themselves for a post-pandemic ‘normalisation’ of liner trades in which they will need to deploy the right-size vessel to each route and balance economies of scale with operational efficiency. This, they hope, will help protect freight rates on secondary trades damaged by the cascading of tonnage from larger trades, as incumbent ships were replaced by ULCVs.

Moreover, if the alliances are broken up by tougher regulatory demands, carriers with the broadest coverage will be in the strongest position to form new vessel-sharing agreements, or in case they need to operate standalone services.