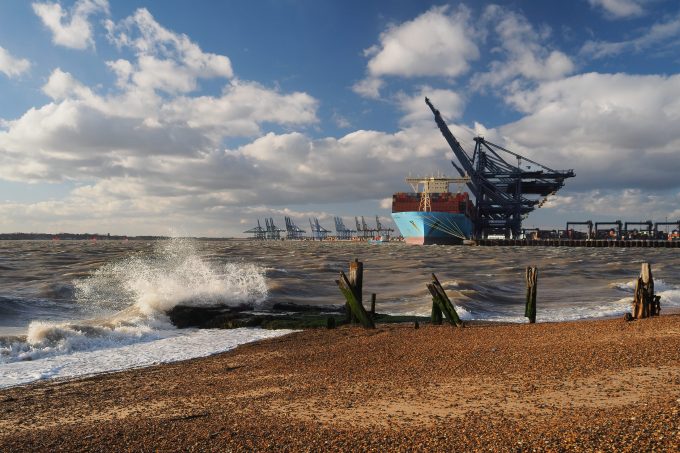 Talks at ACAS to avert a strike at the UK’s biggest container port, Felixstowe broke down last night, both sides blaming the other.

The port improved its 7% wage increase offer yesterday with a lump sum payment of £500 ($606), but this was rejected by negotiators of the Unite union.

There are no further meetings planned before the eight-day strike starts on 21 August, and shipping lines plan to reschedule calls at the port, some carriers looking at bringing ships in earlier to discharge UK imports.

“We are disappointed and regret that, despite our best efforts, we have still been unable to reach an agreement with Unite,” said a port spokesperson. “We urge them to consult their members on the latest offer as soon as possible.

“There will be no winners from a strike which will only result in their members losing money they would otherwise have earned.”

However, Unite national officer Robert Morton said the strike would go ahead “unless the company tables an offer our members can accept”.

He added: “It [Hutchison Ports] can afford to put forward a reasonable pay offer to our members, but once again has chosen not to.”

Unite has not said what would constitute “a reasonable pay offer”, but in previous communication it said the port’s 7% was “fairly far away” from its members’ aspirations, and would even be an “effective pay cut”, given that inflation gauged by the retail price index was 11.9%.

The port has urged Unite to consult its members among the 1,900 dock workers on the improved offer, but the union said it had has an overwhelming mandate after a 92% vote last month in favour of industrial action to support wage negotiations.

Today, in contradictory statements, the port said the “union has rejected the company’s offer to meet again”, whereas Unite said “its door remains open for further talks”.

Meanwhile, Felixstowe-based companies The Loadstar has spoken to since the collapse of the talks last night, believe the strike is inevitable, but question whether dockers have the will for a long-running industrial dispute.

“Most of the guys I know that work in the port have mortgages and quite expensive lifestyles and I’m not at all sure they have an appetite for a long strike,” said one source.

“The whole town revolves around the port and many dock workers have friends and family that earn their living from support services, such as transport and forwarding, and they will not be popular if business gets permanently transferred to Southampton or Gateway as a consequence of a lengthy period of industrial action,” he added.

Another industry veteran told The Loadstar: “There is some irony here in that the reason Felixstowe grew from, basically, just a dock basin general cargo operation into what it is today was because of industrial unrest at Southampton and London.”