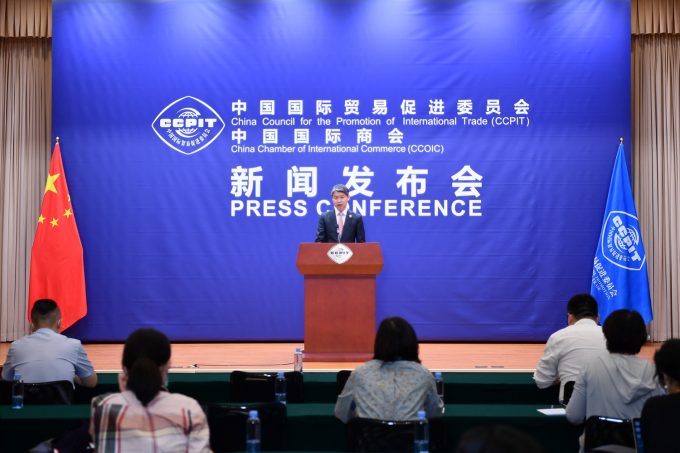 High freight costs, slow logistical deliveries and falling demand are the major problems revealed in a China Council for the Promotion of International Trade (CCPIT) survey of 500 Chinese companies.

On Shanghai Port’s throughput reaching a monthly high of 4.3m teu in July, and whether Chinese enterprises were still facing logistical difficulties, Mr Sun said: “Businesses have reported freight rates on some popular routes have dropped.”

Some companies want to resume domestic exhibitions and overseas trade shows as a method of attracting more orders, and Mr Sun added: “With the national economic stabilisation package, imports and exports have rebounded and confidence is improving.”

Moreover, the CCOIC was, he said: “Working on helping enterprises get the necessary permits to hold trade shows overseas later this year. We will seize the opportunities that come with the Regional Comprehensive Economic Partnership (RCEP) and help enterprises to understand it and how to take advantage of its benefits.”

He said the CCOIC was doing all it could to stabilise foreign trade, despite inflationary pressures that had affected consumer demand, adding: “Although the freight rates on ocean routes have fallen, they are still high compared with pre-Covid-19 levels.

Freight rate increases are driving inflation according to John McCown, listen to him here in a clip from the August Loadstar Podcast.