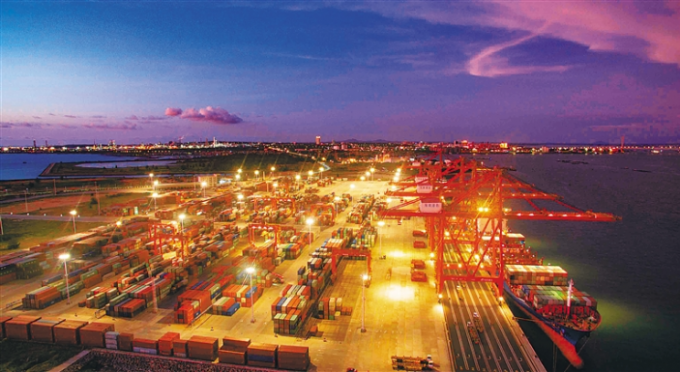 Beijing has announced that the Hainan Free Trade Port Law, part of its efforts to develop a globally influential free trade port in Hainan province, was adopted on yesterday.

The legislation, which takes effect immediately, provides China with a legal guarantee in its pursuit of building a high-quality free trade port on Hainan Island.

Meanwhile, Yangpu port in Hainan Island will be developed into an international container hub port in the southernmost part of China, under the country’s 14th five-year plan, “to strengthen overseas logistics links”.

Plans for Hainan were set in motion in June last year, when China’s economic planning agency, the National Development and Reform Commission, released a blueprint to reinvent the island from holiday resort into a major free trade hub port.

However, compared with larger Chinese ports like Shanghai, Yantian and Guangzhou, Yangpu is relatively small, necessitating a major upgrade.

The latest five-year plan (2021-2025) will focus on expanding Yangpu’s Xiaochantan wharf and build another container terminal in the Macun area of Hainan’s Haikou port. The government believes the new facilities will see an international shipping hub develop on Hainan, linking the island to the Greater Bay Area in the Pearl River Delta, the western part of China which faces the Pacific and Indian Oceans.

Authorities are also exploring the improvement of transport infrastructure to reduce the time taken to move goods across the Hainan Strait (also known as Qiongzhou Strait). New cross-sea channels and unmanned aerial vehicle cargo logistics will be explored.