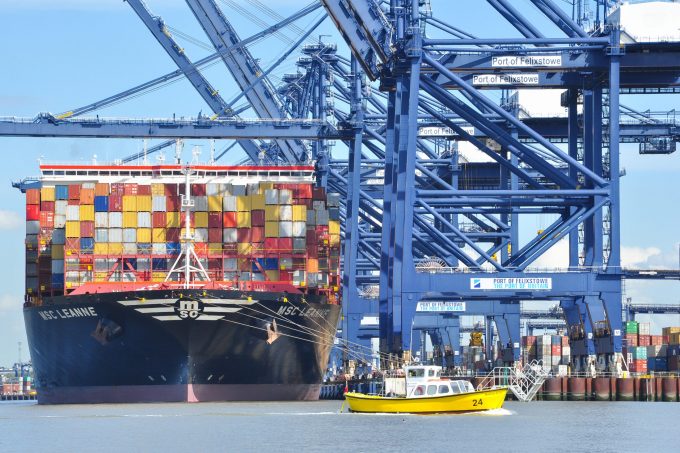 Carriers have advanced some ship calls and delayed others on the eve of the second eight-day strike at the UK’s largest container port of Felixstowe, while some imports will find their way to other UK ports.

In an increasingly bitter wage dispute, Felixstowe dockworkers will strike from 7am tomorrow until the same time on Wednesday 5 October, and the strike will overlap a two-week walkout at the port of Liverpool that began on Monday last week.

However, it appears shipping lines have been able to navigate around the action at Felixstowe with less supply chain disruption than occurred during the first strike, in August, due to North European ports being less congested.

“Other ports are not as busy and could better accommodate the arrival changes,” a carrier source told The Loadstar. “It was also easier to bring the ships into Felixstowe early, and we have had good support from importers collecting boxes promptly,” he added.

Moreover, carriers have pulled a significant amount of capacity from Asia loops over the past month to mitigate the impact of falling demand, which has taken the pressure off the congested terminals and eased landside delays.

Additionally, industrial action at German ports has been suspended after a wage deal was agreed, and weekly strikes at Le Havre have also ended.

Meanwhile, Maersk has issued an advisory covering amended ETAs for 12 Felixstowe calls, both before and after the strike, that also includes three omissions.

The only Maersk Asia loop to omit the call at Felixstowe will be the 17,816 teu Emma Maersk, deployed on the 2M’s AE7/Condor service, which will proceed straight to Hamburg, then Antwerp, before, The Loadstar understands, discharging UK imports at London Gateway.

Maersk’s 3,600 teu feeder, Vilnia Maersk, will also skip Felixstowe, as will the 8,500 teu Cosco Vietnam deployed on an intra-regional Mediterranean loop, on which Maersk has a co-loading agreement with partners, including Hapag-Lloyd, which dubs the service EMX (East Mediterranean Express).

The German carrier said the vessel would discharge Hapag-Lloyd’s Felixstowe imports at Antwerp, for relay on THE Alliance FE3 loop, which has an ETA at Southampton on 5 October. Export cargo booked for the Cosco Vietnam “will be transferred to the next available sailing”, it added.

The relative ease with which carriers seem to be working around potential disruption from the Felixstowe stoppage is comforting news for the supply chain stakeholders, but potentially bad news for the local shipping fraternity that fears losing services to rival UK ports, now they have capacity.

An agency contact that had migrated from Southampton to Felixstowe a few decades ago, when the line transferred a service, told The Loadstar he was “very concerned” about current developments and added: “To a carrier sitting thousands of miles away, it’s just a short hop between ports, but even getting to London Gateway takes a while, let alone Southampton.”