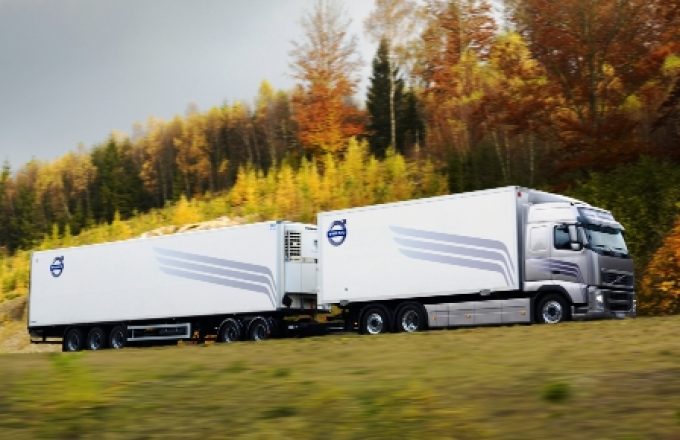 Campaigners against longer, heavier vehicles (LHVs) – so-called mega-trucks – on Europe’s roads have reacted with dismay to a speech by Germany’s federal minister of transport on Friday, in which he indicated that the country will allow trials of the vehicles to go cross-border next year.

According to Berliner Morgenpost, transport minister Alexander Dobrindt informed the Federal Association of Road Transport Logistics (BGL) of the government decision, which follows that of the state of Rhineland-Palatinate, which last week became the 14th out of Germany’s 16 states to allow the trucks to trial on its roads.

Only Berlin and Saarland remain off limits to mega-trucks now.

There have been reports in German newspapers since the beginning of the month that the German government has been preparing to relax restrictions on the LHVs making cross-border journeys, principally from the Netherlands and Denmark where LHVs can weigh up to 60 tonnes, compared with the 44-tonne restriction in Germany.

“There is now a threat that the floodgates will open for LHVs,” said Dirk Flege, managing director of the Pro-Rail Alliance.

“During the five years that road trials have been running in Germany, permitted using an exception provision, the federal transport ministry been under continual pressure from the truck lobby to expand the network of routes where LHVs are allowed to operate.

“Instead of having a serious discussion about the pros and cons once the trials have concluded, the ministry is already working on allowing regular cross-border operations via the back door.”

However, the BGL said that data gathered from five years of tests show that LHVs with an additional semitrailer reduced fuel consumption by 15-25% compared with existing HGVs.

Last week, Philippa Edmunds, Freight on Rail Manager at the Campaign for Better Transport in the UK, said: “82ft mega-trucks weighing 60 tonnes are totally unsuitable for the congested UK road network on safety grounds alone. Existing-size lorries are disproportionally involved in fatal road crashes because of their size and scale.

“Given that almost 30% of existing lorries are driving around totally empty, and almost 50% are neither constrained by volume or weight – ie, partially loaded – what is the justification for even larger lorries?

“There is a danger that mega-trucks will become travelling warehouses, which would save the road haulage industry money at the expense of taxpayers,” she added.