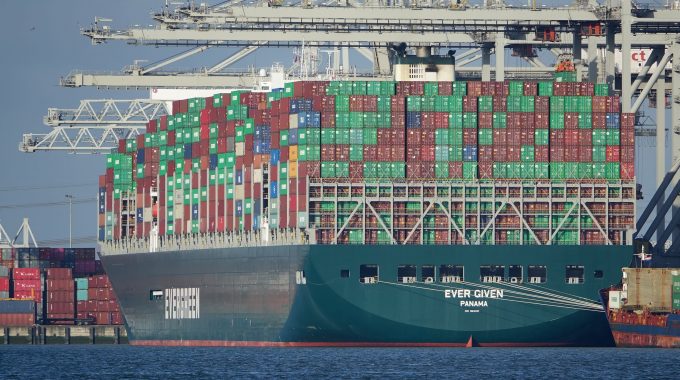 The Evergreen newbuilding price was not disclosed, but a similar type is now valued at $180m.

Hong Kong-listed SITC International, parent of SITC Container Lines, said its subsidiary, SITC Shipowning, exercised options for two 1,023 teu ships at Dae Sun  on the final day it was able formalise the order. The options were tied to orders made for eight similar ships at the South Korean shipyard on 27 May, each priced at $19.2m. The first eight ships are scheduled for delivery in 2023, while the additional vessels will be delivered in February and April 2024.

SITC now has 30 ships on order, including 20 under construction at Yangzijiang Shipbuilding.

The global containership orderbook is now over 18% of the active fleet, as sky-high freight rates prompt liner operators and tonnage providers to invest in newbuildings.

Five of the crew of 22 on an Evergreen intra-Asia vessel have been hospitalised following ...

UPDATED SEPTEMBER 6 TO INCLUDE NEW COMMENT Taiwanese shipbuilder CSBC Corp. is looking for a buyer ...

With its profits having tripled, SITC International said it would continue to acquire second-hand ships ...