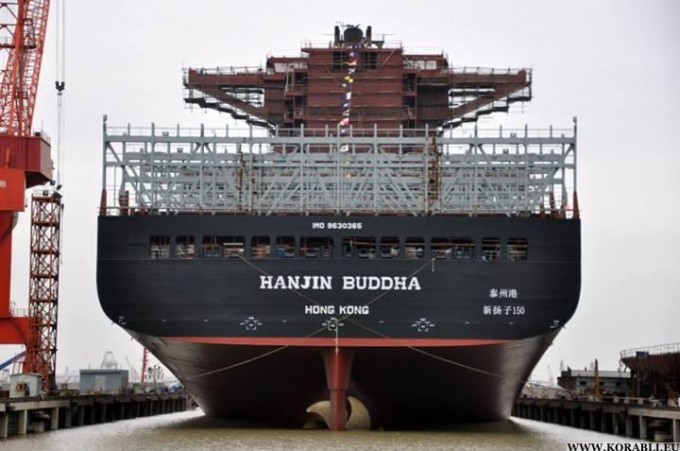 If there is a glimmer of hope for beleaguered Asia-Europe carriers from today’s Shanghai Containerized Freight Index (SCFI), it is that although container spot rates fell again this week, the rate of decline has slowed.

The Asia-North Europe component of the SCFI edged down by $6 to $205 per teu, while for Mediterranean ports, spot rates fell $8 per teu to $195.

Despite rates reaching record lows, carriers can at least now prepare for the introduction of general rate increases (GRIs) after Easter on 1 April.

And given that anecdotal reports this week suggested that market rates for North Europe had fallen well below $200 per teu – one contact told The Loadstar that several lines were touting rates of $100 – today’s index could have been much worse.

Patrik Berglund, of Oslo-based Xeneta, told The Loadstar today that ad-hoc spot rates between Asia and North Europe of $100 per teu or less “did not surprise” him, as rates this low had been recorded previously on the company’s price benchmarking platform.

He said: “What does surprise me is the narrowing of the gap between the lowest and average rates.”

There are still a few “laggards”, he said, shippers that do not have the procurement resources to check the market and thus tended to accept the GRIs and high contract rates proposed by carriers.

But he noted that so much business was now controlled by the 3PLs and 4PLs, which have the money and resources to shop around for the best deal, while they are often able to sign long-term fixed-rate performance contracts with shipper clients.

Additionally, London-based container derivatives broker FIS noted that an all-in rate of $205 per teu for North Europe does not even cover the bunker surcharges of most carriers – for example, Maersk Line’s BAF stands at $380 per teu.

One UK-based NVOCC told The Loadstar this week he had received 1 April GRI requests from all his Asian carriers ranging from $400 to $550 per teu, which he said he did not consider as unreasonable, given the parlous financial situation of many of the container lines serving the trade.

In the past few weeks, carriers have announced more blanked sailings and service suspensions in order to underpin the next attempt for rate increases, and this week the CKYHE alliance revealed details on the reduction of its six Asia-North Europe strings to five.

Korean line Hanjin Shipping announced yesterday it would take two of its 13,100 teu ships out of its NE6 service to North Europe – which it operates within the CKYHE alliance – thus reducing the number of ships deployed on the loop from 11 to nine.

And in an interesting development, the nine ships will be speeded up to cut transit times to take advantage of cheap bunker fuel.

Elsewhere, the SCFI recorded spot rate declines in seven out of the 15 routes covered by the index, as weakening global markets took it to a new low for the fourth consecutive week.