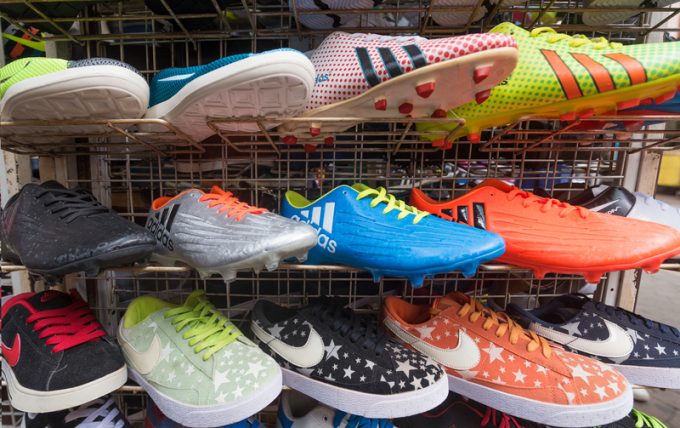 Amazon has rolled out its anti-counterfeiting system, Transparency, across several European countries, as well as Canada and India.

“We find the most effective solutions are based on partnerships that combine Amazon’s technology with the sophisticated knowledge and capabilities of brands.

“Transparency provides brands a simple, scalable solution to authenticate products within the supply chain, stopping a counterfeit before it reaches a customer.”

Some 4,000 brands in the US are enrolled in Transparency and the e-commerce giant said “hundreds” more join every month.

It claimed more than 250,000 incidents of counterfeiting have been thwarted, with no incidents recorded this year among brands using Transparency.

“Blocking counterfeits from the source has always been a tough task for us – it’s something all brand owners face through nearly all channels around the world,” he said. “After we joined Transparency, our counterfeit problem just disappeared.”

However, there has been some criticism over Amazon’s reluctance to roll the system out beyond the US sooner; it launched there in 2017. And while it may some like Transparency, 4,000 registered brand users is just a drop in the ocean with more than 2.5m Amazon registered sellers in the US.

In June, The New York Times reported that one medical publisher had been plagued by counterfeited goods, slamming the online retailer’s “hands-off” approach to authenticity.

It pointed to misprints of dosages in one fake book, The Sanford Guide to Antimicrobial Therapy, as an example. The publisher’s vice president noted: “This threatens patients — and our whole business.”

At the recent TOC conference in Rotterdam, a representative of the ICC’s Business Action to Stop Counterfeiting and Piracy (BASCAP) group told delegates: “The digital revolution has made counterfeiting much worse.

“Where they used to make counterfeits and sell them on local markets, now they use online platforms to sell to global markets.”

In 2016, a memorandum of understanding was signed by a number of leading household brands, BASCAP, the European Commission and European legal representatives from both Amazon and Alibaba to “establish a code of practice in the fight against the sale of counterfeit goods over the internet and to enhance collaboration between the signatories including and in addition to Notice and Take-Down procedures”.