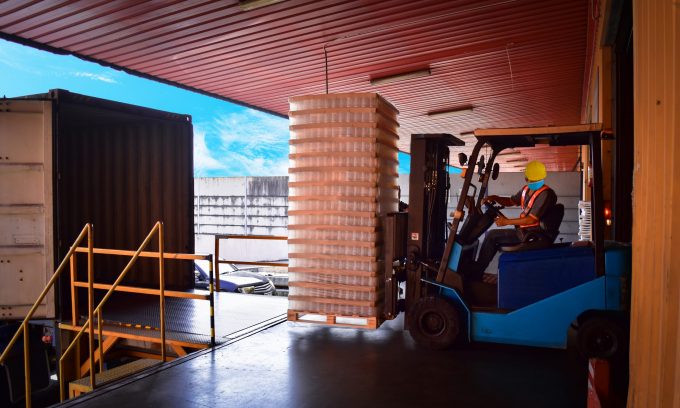 Shortages of reefer containers and escalating costs are affecting global flows of perishables.

Some producers may pivot to domestic markets, but the international growth potential is mouth-watering.

Reefer vessels are enjoying a renaissance these days, with time charter rates up in the triple-digit range from pre-pandemic levels and, according to one broker, utilisation of these vessels has been close to 100%.

Before the pandemic, reefer vessels were struggling, as shippers had embraced containerships as the preferred way of sending perishables overseas by ocean transport. Now they are scrambling for capacity.

One reflection of this is the decision by Fresh Del Monte to sell more space on its proprietary 13-strong containership fleet to perishables shippers.

Perishables exporters have struggled for months to find enough reefer containers to move their cargo, shortages being reported across a slew of markets. Shipper organisations in Latin America and Europe have raised the alarm about the problem. Arizona Bank & Trust warned that “now, in 2022, American agribusiness leaders face a reefer container shortage, forcing them to once more re-examine distribution logistics”.

Reefer boxes being in short supply seemingly runs counter to the pool of available units. Last year saw a record for new reefer orders, according to a report from DHL Global Forwarding.

“There are plenty of containers – they’re just not in the right place at the right time,” said Arizona Bank & Trust.

As a result of congestion, reefer boxes have been stuck longer at ocean terminals. The Arizona Bank & Trust report points to the repercussions of the pandemic, plus limitations of the just-in-time model and pricing fluctuations. Moreover, empty reefer units sitting in Asian ports have competed for space with dry boxes of exports commanding high rates.

Apparently, some units have been taken out of the equation by damage. Recently the International Institute of Container Lessors issued a technical alert that interior panels on reefers may have been damaged as a result of Covid-19 disinfection measures in China.

And, even if boxes are available, exporters are faced with challenges at destination. Forwarders have reported that congested ports in China were short of reefer plugs during lockdowns, which forced exporters to divert or risk spoilage of part, if not all, of their produce. Tight refrigerated warehousing capacity in the US also prompted some exporters in Latin America to scale down shipments to that market.

Not surprisingly, reefer rates have gone up significantly. Recent market intelligence from Xeneta indicates that the average reefer spot rate for a 40ft HC unit was $5,230 in late August, up from $4,000 two years earlier, and in some markets, rates have doubled.

Drewry’s Reefer Shipping Annual Review & Forecast, published in August, stated that reefer rates rose over 50% in the year to the second quarter, and were expected to increase further in the third quarter, to be followed by some modest declines next year as the market stabilises.

The combination of equipment shortages, high rates and potentially ruinous delays at destination ports may induce agriculture exporters to pivot to domestic markets, as the report by Arizona Bank & Trust suggests. Airfreight specialists have noticed such a trend among US produce shippers in the past two years.

On the other hand, producers will be loathe to miss out on a bonanza. A new report on ResearchAndMarkets.com outlines that the global refrigerated transport market is estimated to rise from $113.4bn this year to $160.7bn by 2027, which implies a CAGR of 7.2%. The authors see the strongest growth potential in the frozen foods segment and point to the Asia Pacific region as the fastest-growing area during the period.

Against the odds: Days at sea with Fresh Del Monte