News / New packaging for lithium-ion batteries means safer transport – but not by air, yet 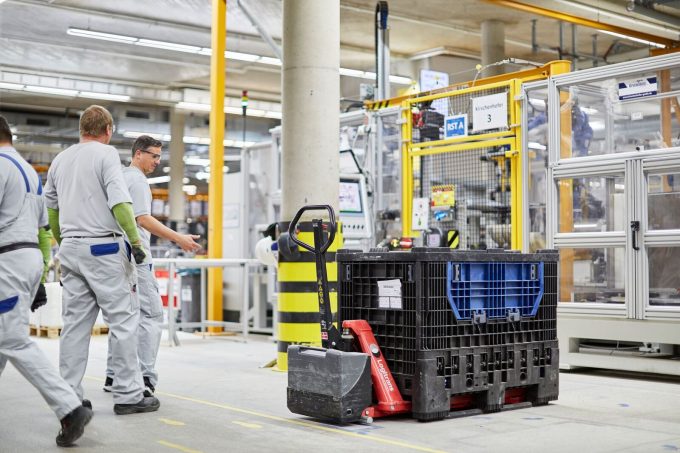 The automotive industry will be able to transport lithium-ion batteries in a safer and more sustainable way following the launch of new re-usable packaging.

Developed by Chep, with original equipment manufacturers (OEMs), the packaging will help prevent fires, one of the biggest problems in the transport of lithium-ion batteries.

However, the new solution is not economically suited to the small volumes of batteries permitted to be carried by air, instead it’s designed for larger quantities which can be transported by road or rail.

Lithium-ion batteries need to be still during transit, and Chep is working with manufacturers to create an insert which would prevent the battery from moving within its packaging.

“Within this we would also look at fire/heat-suppressive material that would mitigate any potential problem,” said a spokesperson for Chep’s automotive team, noting that all shipped batteries must not be more than 30% charged.

Chep added that it was working to prevent accidental activation and to “prevent any short circuit or activation of the device during transit”.

One of the biggest problems is misdeclared or counterfeit batteries that have not been tested according to UN rules. But, given that Chep packaging would only be used by original battery manufacturers, it would not mitigate against counterfeits which got into the supply chain.

The spokesperson said that the new packaging “could potentially be used for air transport”.

However, she added: “I would avoid shipping via this method due to the maximum gross weight allowance of 35kg per package for cargo and only 5kg per package for passenger flight. It means we are restricted dramatically and it would not be a cost-efficient mode of shipping.  For both road and sea, we are allowed to ship up to 400kg per package.  Anything over 400kg requires a different container.”

Last month, the US Pipeline and Hazardous Materials Safety Administration issued an interim final rule for airlines, limiting the shipment of lithium ion cells or batteries to one package per consignment, prohibiting their shipment on passenger aircraft and requiring the state of charge not to be more than 30%. The industry can submit comments on the interim rules before May 6.

The majority of dangerous goods are shipped in ‘one-way packaging’. The new solution is re-usable and returnable, making it economically efficient as well as sustainable, said Chep.