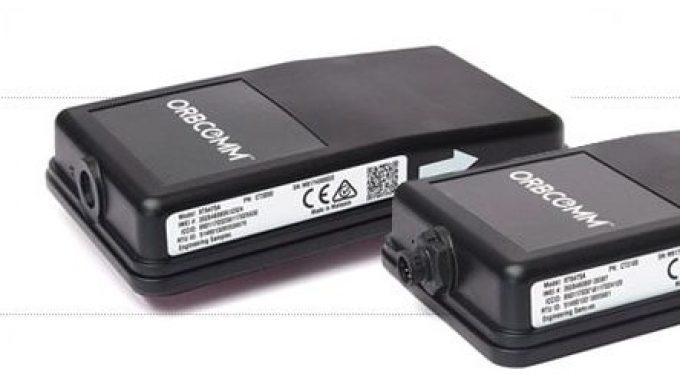 Orbcomm has introduced a temporary monitoring system for reefers, which it claimed would help carriers and ports handling third-party containers.

“Genesis of the temporary CT3100 was a request from a shipping line that wanted a way to monitor guest boxes that came aboard its vessels,” said Mr Dempsey.

“Under the new VSA regulations, the carrier was having to send crew to perform dangerous manual checks at seas, visiting the boxes it did not own every four-to-six hours.

“Our system does away with this, allowing carriers to monitor everyone’s boxes the way they monitor their own.”

The system uses a magnetic variant of Orbcomm’s CT 3000 remote monitoring box placed on the reefer’s exterior that connects via the company’s Vessel Connect IT platform.

Once placed on the container, the CT 3100 provides the ship’s crew the same level of visibility and control the permanent monitoring system provides.

“It’s not just container ship operators that have expressed an interest in the system, we also have three or four barge operators utilising it,” continued Mr Dempsey.

“And for ports, who frequently get ‘guest’ containers, this is the only system that provides this sort of short-term solution.”

Mr Dempsey said around 20 container vessels and several ro-ro vessels are using the technology, adding that its introduction coincided with the launch of the CT3000.

One east coast US shipping line has deployed around 5,000 units of the permanent CT3000, which he said is smaller and quicker to install.

“The CT3000 is quick to mount, much smaller, and much easier to work with – in total it takes around 10 minutes to install,” said Mr Dempsey.

“We are seeing a real interest in regional trades for this system, with the carriers in regional North American markets particularly interested.”

As with the CT3100, the CT3000 provides real time alerts and two-way control allowing operators to react to discrepancies and adjust temperature and humidity levels.

“We continue to lead in innovation, as we remain committed to developing new feature-rich, cost-effective products that meet the changing market demands,” said Mr Malone.

Seacube Container Leasing has also announced that it is partnering with Orbcomm and integrating its telematics devices into its new bundled technology service.

The package will provide a suite of services customers can select from including telematics, management, cost control, fleet optimisation, real time tracking and early warning systems.

Seacube chief executive Robert Sappio said: “At SeaCube, we want to provide customers cost-effective access to leading-edge innovation, and a team for guidance and training.

“We believe embracing technology, ranging from data analytics to blockchain, is necessary to not only thrive, but to survive, as an industry leader.”

An investment of around $250m in tracking technology for its dry container fleet of 1.6 ...

ORBCOMM said earlier this week that the takeover by GI Partners is on track to close ...

A detour wouldn’t come cheap for either but the appeal is there.