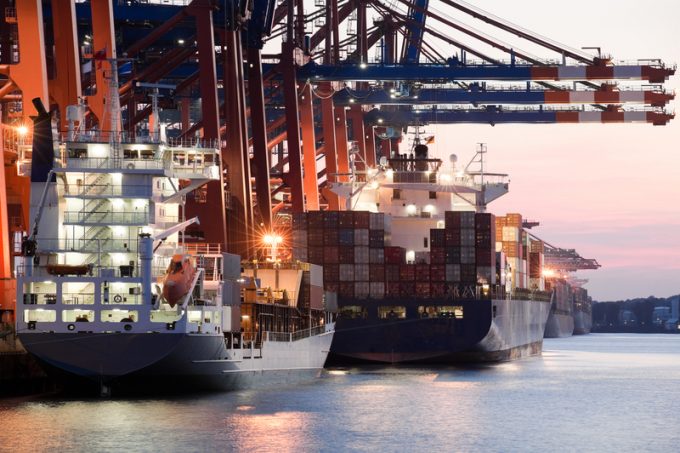 The G6 Alliance today extended the suspension of its Loop 6 service from Asia to North Europe indefinitely, as container spot rates on the route held their GRI-induced gains from last week.

Loop 6, which deploys 13,000 teu vessels, was originally suspended in February for 11 weeks, due to weak forward cargo prospects. This was then extended for a further eight weeks, to resume on July 7.

The news will be welcomed by other alliances and carriers keen not to disturb the current rate recovery.

Weekly services between Asia and North Europe currently stand at 17, compared with 21 a year ago – all four alliances have removed one string.

According to Alphaliner, these capacity cuts are behind the carriers’ success in pushing Asia-North Europe rates above $700 per teu, a relief from the sub-economic levels of $200 or less in the first quarter.

The consultant said previous carrier initiatives to underpin GRIs by cancelling sailings had proved ineffective, because these blanked sailings created “short-term capacity peaks and troughs that failed to lift rates on a sustainable basis”.

It cited the example of the Asia-east coast South America market, which saw spot rates between Shanghai and Santos crash to just $100 per teu in early February, prompting carriers to take drastic action, removing capacity by 40% year-on-year and consolidating six weekly services into three.

In the following three months, spot rates on the route surged to over $1,700 per teu, noted Alphaliner, and currently sit at above $1,900.

Meanwhile, on the Asia-North Europe trade, the feeling is that container lines are “over the worst” of the Q1 freight rate carnage which took a heavy toll on their bottom lines.

Today, the Shanghai Containerised Freight Index (SCFI) records the Asia-North Europe component as having picked up a further 6% to $761 per teu this week.

This is significant as, unlike previous months when a rise in the index was followed by an immediate decline, the carriers appear to have kept hold of a respectable quantum of the May GRIs, which bodes well for the success of June GRIs and peak season surcharges.

Moreover, reports of full ships and cargo being rolled over at Asian export ports are likely to rule out any panicky race-to-the-bottom rate auctions by carriers in the coming weeks.

Both Drewry and Alphaliner expect the capacity squeeze to keep spot rates higher as the peak season looms, with the former predicting sustained rates above $500 per teu, and the latter suggesting a level above $700.

Spot rates at this level – especially if they are driven higher by forthcoming rate increases and capacity remains tight – will also help carriers lock shippers into more lucrative longer-term contracts.