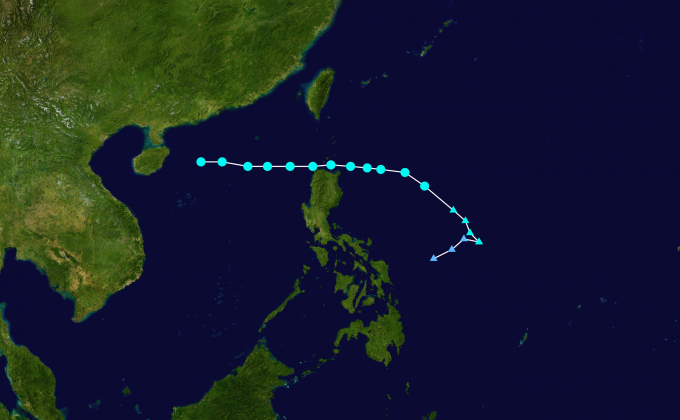 A tropical storm has brought the ports of Yantian and Hong Kong to a standstill, as heavy winds and rain lashed southern China and the Philippines.

The Hong Kong Observatory recorded winds of up to 120kph near the storm’s centre, and gave Kompasu a ‘number eight’ warning for 23 hours, but it has now downgraded that to ‘number three’. Even so, the Hong Kong Free Press reports one death and 21 injuries as a result of the storm.

The observatory said: “Outer rainbands of Kompasu continue to affect the coast of Guangdong. The associated rain may lead to flooding in low-lying areas.”

The HK Observatory predicts rain will continue into the weekend. The path the typhoon has taken across the South China Sea has led to heavy winds across the south of the country, with the storm now over Hainan Island, seemingly on course for northern Vietnam.