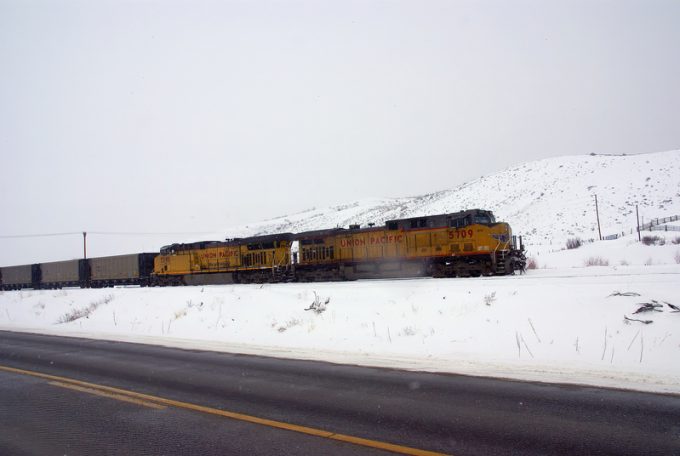 Union Pacific (UP) has wasted little time in returning to embargo tactics, and the US Surface Transportation Board (STB) is becoming concerned.

Following a two-day hearing in mid-December, over its massive use of embargoes to deal with congestion issues, UP supremo Lance Fritz pledged to hit the pause button on them, but less than a fortnight later the railway was at it again.

On 29 December, it announced an embargo in Iowa, Minnesota and Wisconsin, citing severe weather events and arctic temperatures. This was set at 14 days, but UP extended it for a further fortnight, to today.

In a letter to customers, UP said “although incremental progress has been made in reducing congestion and increasing velocity across the region, we are seeing longer than anticipated recovery due to the magnitude of the prior weather impacts”.

Shippers and politicians did not buy this argument. Eight members of Congress from the affected region wrote to the STB on 13 January asking the authority to step in and lift the embargo.

They argued temperatures were not radically different from normal conditions at this time of the year and that UP had coped with similar situations before.

Agriculture shippers from the region have been afflicted by the embargo, which also badly affected one of the largest US poultry producers, Foster Farms. The company had successfully petitioned the STB to issue an emergency service order to UP to deliver five-unit trains of corn from the Midwest to its locations in California, where large numbers of chickens were on the verge of dying of starvation.

By 3 January, only one train had reached Foster Farms locations, but others reportedly arrived in time to avert mass animal deaths.

UP’s use of embargoes had already caused concern at the STB in November. According to the authority, the railway had declared 27 embargoes back in 2017, but by mid-November last year there had been more than 1,000 in 2022. The STB “reminded” UP management that embargoes were meant to deal with the fallout from natural disasters or circumstances beyond a railway’s control, not congestion.

After two days of hearings in Washington in mid-December, to which UP top brass were summoned by the STB, Mr Fritz wrote to the authority that the railway would be “pausing any additional embargoes under the pipeline inventory management programme we began in November”.

That UP jettisoned this pledge in less than two weeks has not endeared it to the STB. Chairman Marty Oberman said: “It is really becoming a major concern.”

The STB has dismissed a request by UP on 22 December for a ‘protective order’ regarding documents on embargoes that the STB had requested at the hearings on 13 and 14 December. Shippers as well as a labour union had urged the STB to deny the request. The authority agreed and determined that “UP may not use a blanket designation for everything it submits”. It told the railway it should create and submit a confidential, as well as public, version of submissions that contain confidential information.

While the STB’s patience with UP management is visibly strained, there are no indications so far what action the authority may take over the embargoes.

Presumably, UP will point to its latest financial numbers to support its case that adverse weather conditions have taken a toll on its balance sheet. The company’s Q4 results, released yesterday, show a 4.3% drop in net income to $1.64bn, despite the fact that it carried more goods and charged higher rates.