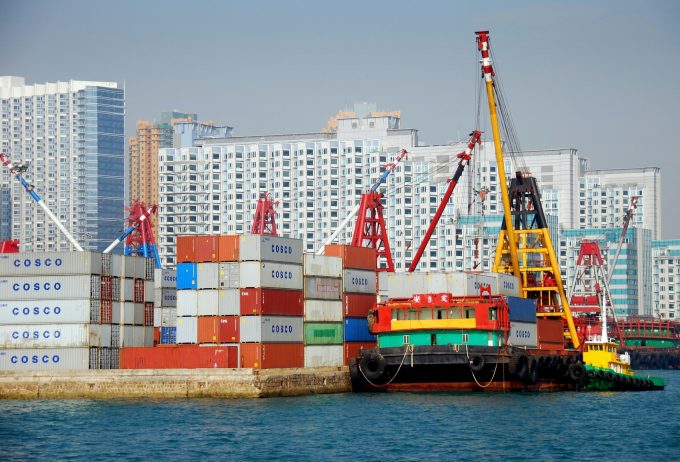 Despite high vessel utilisation levels on the transpacific headhaul, container spot rates on the tradelane lost ground this week.

Drewry attributes the apparent disconnect between ships running full and this erosion of rates to “price skirmishes” between competing carriers – indiscipline that doesn’t bode well for the post-peak season period.

Drewry added that the minor rate war among carriers wanting a quick boost to their liftings had “scuppered” mid-August GRIs.

Nevertheless, the analyst still expected a “strong spot market ahead of the 1 September rate hike, as bookings surge to take advantage of the pre-GRI rates”.

Meanwhile, for Asia-Europe, the SCFI was virtually unchanged for the second week running, albeit softening a little for Mediterranean ports, at $923 per teu for North Europe and $822 per teu for the Mediterranean.

Moreover, ocean carriers on the route are preparing to roll out a new wave of FAK (freight all kinds) rate increases on 1 September to take full advantage of a healthy peak season.

Across the other tradelanes covered by the WCI, rates are running 40% ahead of their value of a year ago, thus ensuring increased earnings for carriers.

In particular, WCI’s recording of the North Europe to Asia backhaul rate from Rotterdam to Shanghai shows that carriers have held on to their massive gains early in the year caused by a capacity crunch, with the rate currently 102% higher than for the same week of 2016, at $1,301 per 40ft.

Elsewhere, in general, the good news continues for carriers on rates, with all major tradelanes showing a significant improvement on the dire situation of 12 months ago. This was highlighted in Drewry’s recent Container Freight Insight analysis of the Asia to South Africa tradelane.

Drewry said spot rates between Shanghai and Durban reached a seven-year high last month at $3,090 per 40ft – a substantial turnaround from a year ago when spot rates were struggling to achieve $1,000 per 40ft.