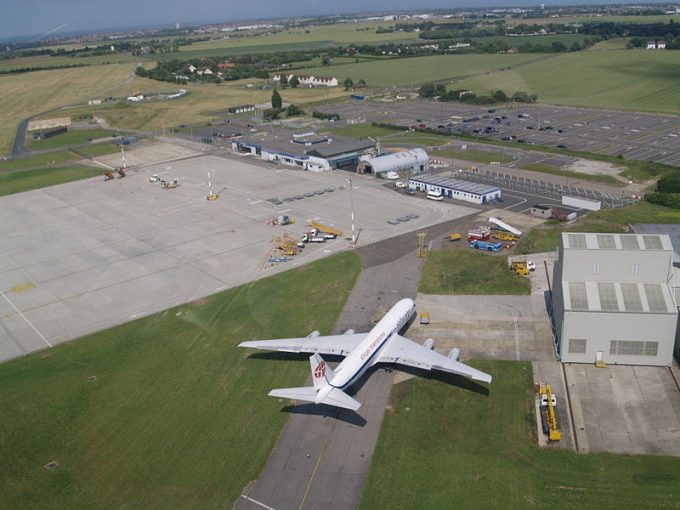 Riveroak Strategic Partners (RSP) has acquired Manston Airport from Stone Hill Park (SHP) – but there are doubts over its ability to obtain planning permission to develop it as a freighter gateway.

As part of the sale, reached on Tuesday for an undisclosed sum, SHP agreed to withdraw its objection to RSP’s development consent order with the Planning Inspectorate (PINS).

Director of RSP George Yerrall said: “It has been a long process and we felt the time had come for the parties to negotiate a settlement of ownership.

“We now look forward to focusing on securing a development consent order and making rapid progress towards re-opening Manston, with all the economic and other benefits we believe it will bring Thanet.”

However, other objections remain: a local residents group is challenging both the viability of the site as a freighter gateway and the effect on the community.

A spokesperson from the No Night Flights group told The Loadstar it regretted SHP’s decision not to go ahead with alternative plans for the site.

“It will be a great loss of potential jobs and investment from regeneration experts with a proven track record,” said the spokesperson. “But our position on the potential airport development remains the same – an airport isn’t operationally and commercially viable, deliverable or environmentally sustainable.

“RSP may now own the land – assuming completion does go ahead – but it still has to get the airport development past the planning inspectors. “From what we’ve seen so far, there are more questions being asked by PINS than are actually being answered.”

Prior to agreeing to the sale, SHP had planning applications under consideration for housing and mixed use on Manston.  Its decision to withdraw means the examining authority will no longer be asked to consider compulsory acquisition powers over 98% of the site.

“Since the acceptance of our DCO application for examination we have had immense interest from interested parties,” said Mr Yerrall. “Not only airlines and freight operators, but also a wide range of other organisations that will benefit from the airport reopening, including local colleges and employers.

“Now that we have secured the land, it will allow us to develop those relationships as far as we can whilst we wait to receive development consent.”

While RSP maintains the site can be a viable hub, one source told The Loadstar its location prevented it from being useful for air freight, with poor road links, noting it was an hour to the M25.

“Overall, the trend in Europe and the US, with congestion at general main ports, is ‘splitting’ cargo from passenger operations,” said the source. “Bright examples are Liege, Leipzig, Luxembourg, Zaragoza, Rickenbacker and Huntsville, and the same will likely be required in the UK, in particular looking at Brexit.

“So, the question for the UK is, which airports can take the role? Heathrow is a niche destination for freighter operators, currently. Prestwick had its niche for great circle flights coming from the US and for oil and gas and engine traffic, but it is a bit far out for the London area.

“East Midlands had a great development with express operators and could leverage this into general freight, Doncaster has good potential too.

“Manston could fulfil the same role; in the past it had a great track record for perishables and its proximity to London is good.

“Key to all of this is long-term investment to build up proper freighter parking, warehouse and truck-dock infrastructure, as well as customs clearance.”

But there remain doubts, following planning inspector Kelvin McDonald’s suggestion that there was a £13m shortfall in funding to cover compensation linked to renovation and use.

A source told The Loadstar that the shortfall was the result of the company underestimating the size of the land affected, suggesting that the true cost could be four times higher.

But Niall Lawlor, director of RSP, told The Loadstar: “There has never been any question that RSP would be able to fund all of the costs of the Manston project.

“Indeed, including the deal with SHP to buy the Manston site, we’ve already spent in excess of £30m on the project. However, it is not always possible or prudent to publicly reveal information about commercial discussions going on in the background.

“In purchasing the site from Stone Hill Park we have, hopefully, provided ample evidence of our ability to access the required investment to deliver the reopening and operation of Manston – and all costs associated with this.”