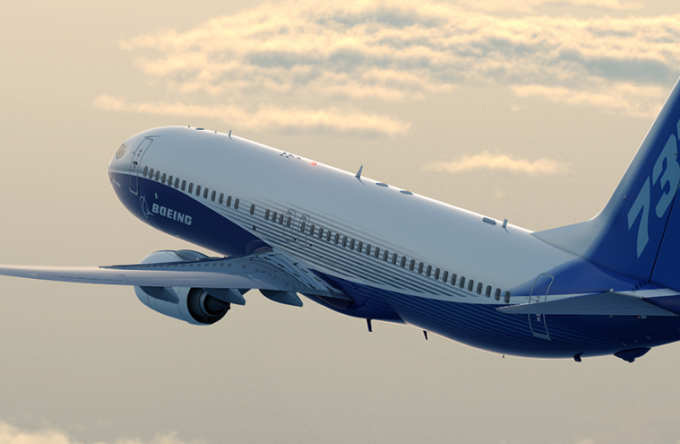 Texel Air, a private carrier and MRO operator based in Bahrain, is opening a new chapter for Boeing 737NG aircraft.

In a market that demands more flexibility, Texel took delivery yesterday of a B737-700 that can be operated in seven different configurations.

The plane, modified by MRO and conversion provider Pemco World Air Services, is the first 737-700 FlexCombi that can be turned into different configurations inside of 48 hours, with some possible in as little as 12 hours.

It can be used as a combi aircraft with six or seven pallet positions (and 24 or 12 seats, respectively) or as a freighter with eight pallet positions. Other configurations include humanitarian or medical evacuation set-ups, the latter including two stretchers.

At this point, cargo is a major focus for operators, producing a lengthening list of players signing up for 737-800 freighters. The latest was Russian S7 Airlines, which signed an agreement with leasing giant GE Capital Aviation Services (GECAS) for two, due for delivery in November and January.

GECAS, which was the launch customer for the 737-800 conversion programme, recently upped its take of the type with 11 firm orders and nine options, bringing its tally to 60 firm orders and 14 options.

“The versatility and reliability of these freighters is appealing to our air cargo customers, not to mention the greater efficiency, lower operational costs and better environmental credentials for the growing express and e-commerce cargo market,” said Richard Greener, senior vice-president and manager, GECAS Cargo, at the time.

The explosive growth of e-commerce in the wake of the Covid-19 pandemic is a powerful driver of capacity needs in the narrowbody freighter segment. Nonetheless, Mr Greener did not view this as the chief reason for the clamour for 737 freighters.

“E-commerce has been one factor in freighter demand for some time, and does contribute to some 737-8 conversions, however, the main driver of demand for converted 737-8s is to meet replacement needs,” he explained.

Bob Convey, vice-president of sales & marketing of conversion specialist Aeronautical Engineers Inc, has a different take on the demand mix. Carriers like S7, ASL Aviation, West Atlantic, Spice Jet or Allied, which have ordered 737-800 freighters, are in pursuit of growth, he argued.

“I would say we are seeing 80% of the -800s taken to meet growth, mainly driven by e-commerce, and 20% for replacement,” he said. “This equation will change over time, but for the next year at least I would bet on the growth side.”

One strong argument in favour of the e-commerce growth reading is that Amazon is in the picture, albeit indirectly, through ASL Aviation, whose order for ten 737-800 freighters (plus ten options) has raised speculation that its relationship with the e-commerce giant is growing a lot stronger. Pundits reckon ASL is going to be a major player in the establishment of a European air network for Amazon.

In any case, demand for 737-800s, as well as other narrowbody freighters, is surging.

“In February, we had one aircraft in conversion, today we have eight in work, and by the end of the year we will have 12 at five different conversion facilities,” Mr Convey said. “We currently have a backlog of 29 firm orders and are forecasting to have 75 by year-end.  Most of the aircraft in our backlog are -800s, but we also have 733s, 734s, MD-80s and CRJ200s.”

Mr Greener says he isn’t worried that the run on narrowbody freighter conversions might create a bottleneck that could affect GECAS’s needs.

“GECAS has a line of sight on our conversion slots and we’re confident we’ve planned appropriately for the next several years,” he said.

The dire situation in the passenger market, which has hit residual aircraft values and made many narrowbodies available for conversion, has brought larger-scale conversion activity of types like the 737-800 or the A321 forward. But this is not a cut-and-dried recipe for all-out conversions, added Mr Greener.

“There will likely be availability, but it’s too early to determine which factors are dictating levels and timing of those. Considerations are largely reliant on owners of the aircraft and their planning process in advance.

“Near-term availability won’t enter conversion for another year, which also may affect owners’ choices,” he said.