Comment: Coronavirus may mean the end of just-in-time, as we know it 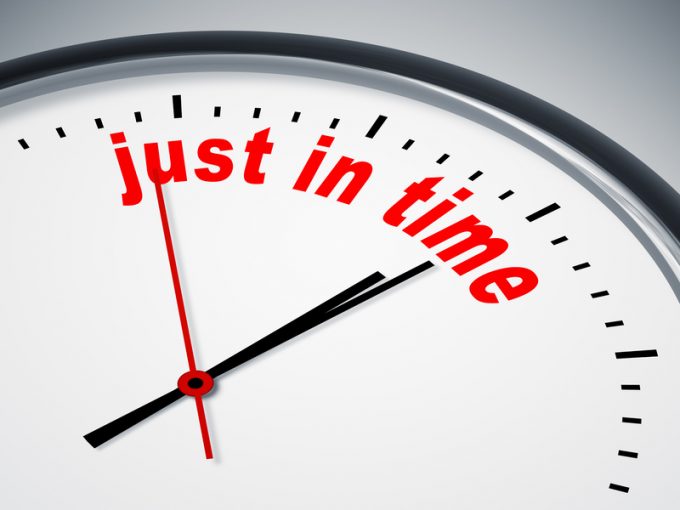 The supply chain as we’ve known it for years is dead.

Sure, the occasional tweak here and there – the shift from air to ocean perhaps, or the acquisition that helped expansion into a new region – has altered supply chains over the years, but something bigger is under way.

A number of experts will debate the impact of Covid-19 on supply chains for years to come, but first, let’s backtrack several years to a Wall Street Journal article written in 2006: Just-in-time inventories make US vulnerable in a pandemic. By the way, thanks to Jennifer Smith for sharing it 20+ times on Twitter.

Over the years, many of us have lauded the benefits of just-in-time practices, primarily to lower carrying inventory costs. But today, the practice no longer works.

Consider the impact on the automotive industry, one of the biggest practitioners of just-in-time.

Thanks to natural disasters, such as the Japanese tsunami and earthquake in 2011, fluctuating transport and fuel costs, recent tariffs and other disruptive incidents over the years, costs have often outweighed the benefits of just-in-time, depending on individual companies that practice this process.

I’m not suggesting we completely end it. Instead, we should use it in a wiser manner. For example, one lesson learned from the tsunami and earthquake was the establishment of some Japanese automotive manufacturing locations closer to customers, particularly here in North America.

From the 2006 Wall Street Journal article: “A report from the Trust for America’s Health, a public-health advocacy group in Washington, concluded that 40% of the states lack enough backup medical supplies to cope with a pandemic flu or other major disease outbreak.

“The severe acute respiratory syndrome (SARS) outbreak in 2003 in Canada offers a case in point. When SARS hit, the country’s largest nurses’ union complained about a shortage of N95 masks after much of the existing supply was shipped to Asia, where the disease hit hardest.”

“The main companies that manufacture the masks – 3M Co and Kimberly-Clark Corp – had to scramble to meet the sudden demand because, like many companies, they didn’t have an existing stockpile.”

Fast-forward 14 years and we’re experiencing a similar situation in the medical industry, but on a vastly larger scale. We’ve all seen the photos on social media and read the articles on how it’s impacting hospitals and daily lives, but one article I want to share is from Associated Press.

It notes that the Chinese government has required makers of N95 masks to sell all or part of their production internally, instead of shipping masks to the US. Other countries, including South Korea, India and Taiwan, are blocking exports of medical supplies to save them for their own citizens, leaving the US with fewer options.

I wrote about this in a blog post that questions the end of global trade – and yes, global trade and just-in-time traditionally have often gone hand-in-hand for many supply chains.

In times of crisis, governments take care of their own first. Naturally, this disrupts the just-in-time concept, particularly if it is global. The idea of taking care of your own, of course, also disrupts global trade. Supply chains will respond to this latest crisis by adjusting re-shoring or near-shoring, and for some industries, a shift from just-in-time to just-in-case.

The just-in-time concept is not going to die, but it will change, and it will need to be used in a much wiser manner.

For example, how many companies actually know how much they spend on just-in-time deliveries? A broken part may need to be replaced urgently by one department, while another department within the same company simply underestimates its inventory requirements and needs a part to complete a project. But neither department knows the other has an inventory issue. Start-ups such as Cargobase are already addressing this need. Perhaps we may see an increase in the use of 3D-printing as well.

Another idea I want to suggest is identifying ‘critical’ manufacturing, such as medical supplies and equipment, and provide incentives to produce more within countries that have outsourced a large percentage of such supply chains to other countries. This will shift just-in-time closer to customers and potentially reduce some costs, such as transport. It will also require the business sector to work with governments and possibly change regulations and legislation to support such measures.

Ultimately, businesses need to add ‘what if’ to their strategies when configuring supply chains. Global trade is teetering, but it’s not dead, and neither is just-in-time. Instead, it’s probably the end of how we, as supply chain practitioners, currently use each concept.