News / Carriers may differ in strategy, but their aim is to bolster Asia-Europe box rates for peak season 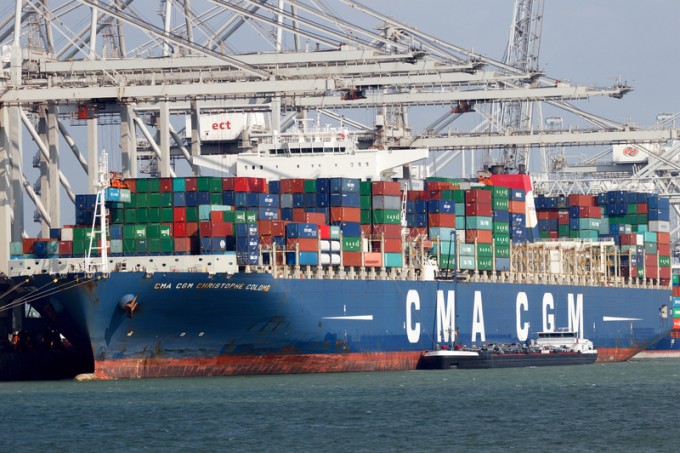 The Asia-Europe components of the Shanghai Containerised Freight Index (SCFI) lost further ground this week, and carriers will desperately need next month’s rate increases to hold.

Container shipping rates on the SCFI’s Shanghai-North Europe spot leg declined 13% this week to finish at $527 per teu, after shedding $30 per teu the previous week.

For Mediterranean ports, spot rates lost a further $115, taking the market rate down to $754 per teu.

However, most Asia-Europe carriers The Loadstar recently spoke to say June will be “critical” to establishing a strong rate level foundation ahead of the peak season months.

With this in mind, OOCL today announced a 1 June general rate increase (GRI) of $850 per teu on the Asia-North Europe trade, while CMA CGM and MSC have decided on a two-tier approach, with increases on 1 June and 15 June. The French carrier proposes two GRIs of $450 per teu and MSC asking $500.

NYK has announced a GRI of $530 per teu for 18 June, which appears to be the Japanese carrier’s only price hike planned for next month.

A spokesman for Hapag-Lloyd told The Loadstar last month that its move from GRIs back to publishing FAK rates was “an internal decision”, rather than a response to an expected EU ban on GRIs.

However, it is interesting to note that, according to its recent accounts, the German carrier’s average rate between Asia and Europe in the first quarter of this year was $780 per teu, but with contract rates in decline this could deteriorate further in the second quarter, notwithstanding the industry shift towards carrying spot cargo.

Despite differing rate increase strategies, the carriers’ goal is the same: to push rates back up to sustainable levels for the peak season.

It will also be interesting to see if the forthcoming alliance shake-up and the parlous financial situation of South Korean carriers Hyundai and Hanjin will have any impact on the SCFI in the weeks to come.

Across other trades, the SCFI recorded negative or flat rates, with the exception of South America and South Africa which recorded marginal gains on the week.