News / 'Remarkable' nine-month performance from K+N, but a note of caution 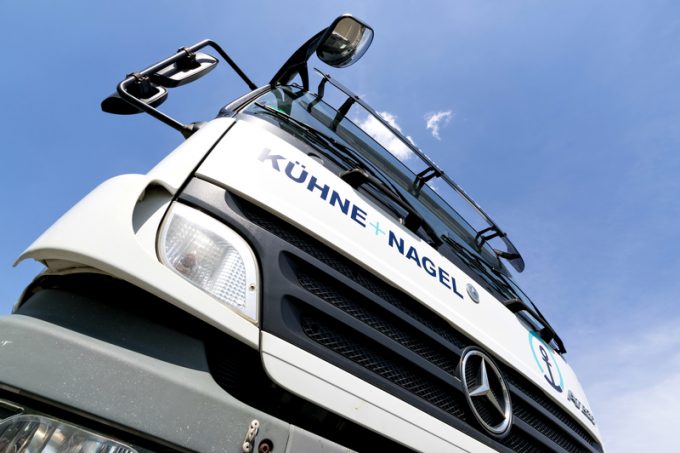 Chief executive Detlef Trefzger said: “We’ve continued the dynamic performance from the first half into the third quarter, and achieved a very positive result for the nine months.

“And the performance in the business units, sea freight, air freight and overland, has been remarkable.”

However, it was the air freight division that really buoyed the business, with volumes surging ahead of 2017, some 16%, to 1.3m tonnes – well above market growth rates.

K+N said this was due to a mixture of organic and inorganic growth.

“With the recent acquisition of Panatlantic’s business, a perishables airfreight specialist in Ecuador, we continue to strengthen in this segment,” the company said. “[Especially] after successfully completing the integration of CFI Commodity Forwarders, the leading perishables provider in the US.”

But Mr Trefzger explained that other cargo types had also seen increases.

This strong volume growth generated a 19.4% year-on-year upturn in ebit, which hit CHF271m for the nine months.

While overland activities saw similar growth rates – albeit with the division accounting for a far larger portion of activities – it did experience some negatives in contract logistics.

Mr Trefzger noted: “[As expected,] contract logistics was negatively affected by investments in the operation platform, which have been realised according to plan this year.”

He also added that the division’s profitability would continue to be affected, as these investment and other restructuring costs were likely to continue.

“Our contract logistics results have been influenced by investments into new platforms and restructuring of the drinks business in the UK, and we expect the dip in ebit in this division will continue for a few more quarters.

“Even so, we are seeing solid growth in certain areas: e-commerce fulfillment is up 40% year on year and pharma is up more than 20%,” he said.

Mr Trefzger concluded on a note of optimism: “Based on the very good results of the first nine months, we expect this year to close successfully.”

But The Loadstar‘s financial columnist, Alessandro Pasetti, cautioned against this, noting: “Long story short, K+N is burning significantly more cash than in the past. That shows in the falling value of its most liquid current assets. A dividend cut is on its way, unless fourth quarter numbers are materially better than consensus.”

As this article went to press, K+N’s share price had fallen 7%.