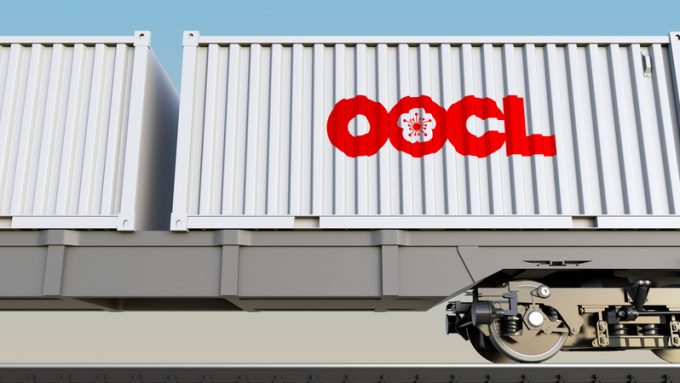 Cosco Shipping subsidiary OOIL has reported a net profit of $102m for the half-year, compared with a profit of $139m the year before.

Revenue, the majority attributable to its OOCL liner services, came in at $3.43bn, slightly above the $3.3bn for the first six months of 2019.

OOIL’s transport and logistics sector contributed an ebit of $158m to the group result.

OOCL’s liftings decreased by a relatively modest 2.6%, to 3.27m teu, as the carrier was impacted by reduced demand after Covid-19 consumer lockdowns, but in contrast, revenue per teu was driven up 6% by higher freight rates.

The carrier reported a below-industry-par 4.6% decline in its second-quarter carryings to 1,688,055 teu, but on the Asia-Europe tradelane it recorded a year-on-year 8.8% improvement in revenue, despite a 6.2% fall in the number of containers transported.

“We saw extremely radical changes to many growth forecasts for 2020 cargo volume, after the impact of the pandemic on container shipping started to materialise,” said OOIL.

“Faced with dire predictions of rapidly falling demand, OOCL reacted by paying careful attention to customer demand and reviewing and calibrating our services accordingly on a timely basis,” it added.

The carrier’s result was assisted by an 11.3% decrease in the price of bunker fuel to $424 per tonne, versus $441 in the same period a year ago.

The lower price came despite the IMO low-sulphur fuel regulations, for which the carrier and its peers levied surcharges for the majority of the H1 period.

OOIL said it also continued to benefit from its cooperation with its parent and the wider Cosco Shipping group.

“The ability to keep costs under control, through, for example, our effective joint management of our container boxes, has been a key attribute of our success,” said OOIL. “In addition, our close cooperation has allowed us to plan multiple adjustments to our network offering, in line with the huge changes seen in expected demand. The many synergies achieved through our joint efforts are one of the underpinning drivers of our highly successful Dual Brand strategy.”

The Hong Kong-based shipping group said that, despite the many challenges ahead, it remained confident of its long-term future. It said this confidence had supported its decision to order a further five 23,000 teu ULCVs, for delivery during 2023.

OOIL noted that since May, demand on some of OOCL’s trades “appear to have improved somewhat”.

“However, this tentative demand recovery is far from secure, and we will continue to monitor the situation closely,” it said.

OOCL has an enviable track record of producing robust financial results regardless of the economic environment. However, judging by recent Q2 earnings releases, some of its competitors seem to have caught up with the carrier during the pandemic and improved their profitability to a greater degree.