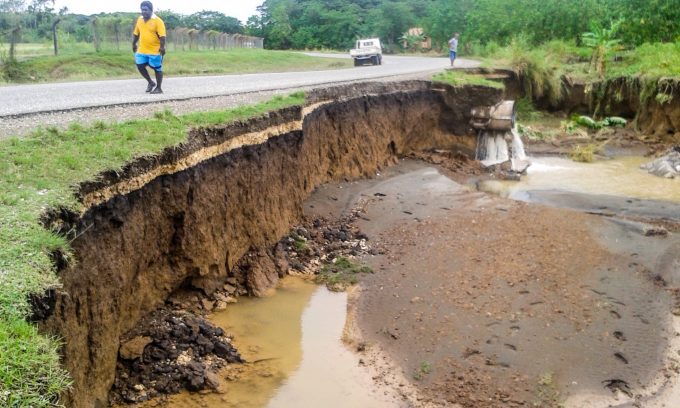 During the COP26 conference in Glasgow, a delegate from the Solomon Islands, in the Pacific, was heard to say that the region where he had been born and raised, no longer existed.

It seems that the area in the Solomon Islands is now completely under water. It is pertinent to the discussions now under way at the International Maritime Organization (IMO) regarding the mid-term measures given that many delegates, including those from China, Brazil and the Russian Federation, have argued that new measures must not be introduced without a proper assessment of the impact of developing countries and island states.

What the above strongly indicates is that the effects of climate change are already being felt, and that the remedies must be implemented rapidly if there is to be any hope of avoiding its worst ravages.

A point made succinctly by the delegate for the Pacific Environment who told the IMO meeting today that there was a need for a “quick and substantive intervention” by the maritime industry.

Many small island states have intervened in the discussion to reiterate the need for speed where climate change regulations are concerned, because these countries are already suffering the effects of global warming.

In his early summation of the mid-term measures required, chairman Hideaki Saito pointed to the many delegations that had suggested that all mid-term proposals should remain on the table and that a basket of measures may be necessary.

Mr Saito wants delegates to continue discussions after the conclusion of this Marine Environment Protection Committee (MEPC77) with a view to delegates returning in the spring next year with a “work plan” to be adopted at MEPC78.