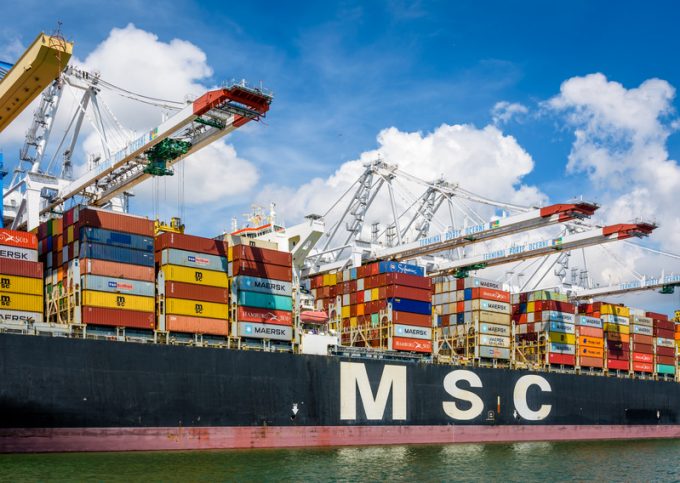 MSC subsidiary Terminal Investment Ltd (TiL) has taken full ownership of two of the three container terminals at the French port of Le Havre.

TiL has acquired the shareholding of the Ocean Terminal and Terminal de Normandie with an investment of €700m ($713m), which will include the creation of 900 jobs for dockworkers and 200 for maintenance staff over a six-year period.

TiL CEO Ammar Kanaan said the deal had been possible “thanks to the assurance of cargo volumes” from MSC, as well as the agreement of the local labour force to “support growth and productivity” – a reference to a deal struck with the CGT union.

“We will be able to grow and densify our capacity to help Le Harve become an even more significant access point for the French cargo market, and beyond,” said Mr Kanaan.

However, he called on the French government to improve the infrastructure and connections to the port.

“To realise Le Havre’s full potential as a gateway to Europe, we are counting on the government’s support for the development of related intermodal rail infrastructure that will further enhance the link between our container terminals and European supply chains,” said Mr Kanaan.

TiL will double the number of ship-to-shore gantry cranes at the terminals, to 20, and will triple storage capacity in a conversion project expected to be completed by 2028. Current capacity at the two terminals is about 2m teu a year.

Le Havre is the 10th largest port in Europe, but a complex relationship over crane and labour allocation between the port authority and stevedores, together with a long history of industrial action, has dissuaded carriers from elevating Le Havre to a more influential hub port status.

As the last port of call on several loops, Le Havre is an ideal transhipment port for Irish exports, providing connections can be relied on. But with the Benelux ports of Rotterdam and Antwerp running out of yard capacity, MSC’s aggressive growth strategy requires more terminal space in North Europe.

Meanwhile, the port congestion at North European hubs shows no sign of abating with the start of the holiday season, likely to lead to a reduction in labour availability at terminals and a shortage of trucking capacity.

Indeed, according to the latest operational advisory from Hapag-Lloyd, “50% of the usual transport capacity is expected” from this week in Rotterdam and Antwerp, adding more stress to landside congestion.

Elsewhere, Hapag-Lloyd warned that wage negotiations at German ports were having a negative effect on its Hamburg terminals, where labour availability was restricted “due to less volunteer work and extra shifts”.

It said: “Yard utilisation stands at 90%, import-heavy services are faced with longer waiting times and are performing split calls.”