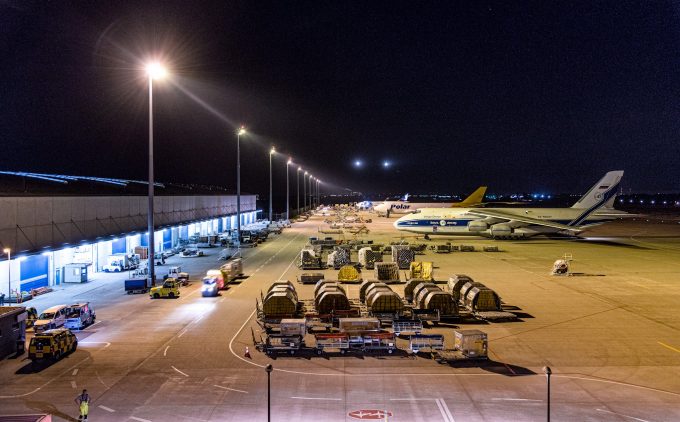 Europe’s fifth-largest cargo hub, Leipzig/Halle Airport, is continuing to register above-average growth, in contrast to the general negative trend for air freight volumes in Germany. The amount of air freight handled in July, for example, rose by 17.6% to a figure of 122,727 tonnes in comparison with the same month in the previous year.

Air cargo volumes increased by six percent between January and July in comparison to the previous year and rose to a figure of 765,583 tonnes. With more than 1,000 take-offs and landings involving freight traffic every week, the airport is proving to be a bedrock for reliable logistics and supply chains for the general population and industry during the corona crisis. The airport has also handled dozens of aid flights, for example, which have transported medical equipment to Germany and Europe.

Overall, about 60 cargo airlines make use of the airport and serve a network of routes that covers more than 200 destinations around the globe. This growth is supported by the express freight business operated by DHL and the positive developments in volumes handled by other air freight and logistics companies.