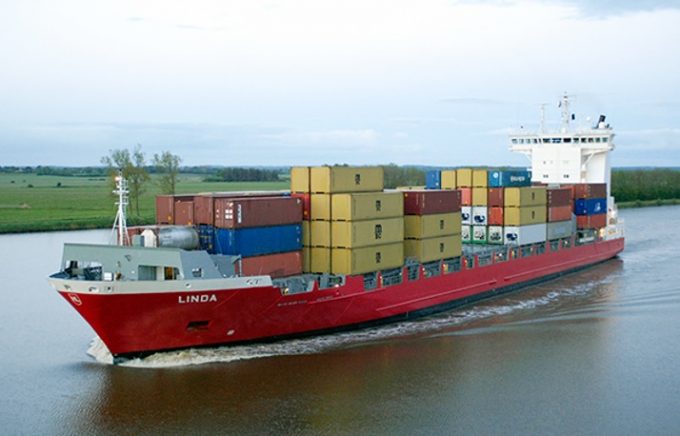 Langh Tech reports that attempts to capture carbon onboard vessels using a fuel scrubber system are proving successful in early tests, with a 7% reduction in CO2 emissions which the firm believes can be improved to as much as 15%.

Commercially available alkalis such as sodium hydroxide (NaOH) and magnesium hydroxide (MgOH2) are already being used in scrubbers designed to remove sulphur. Langh Tech, which pioneered closed-loop scrubber technology in 2013, now believes the carbon-capture system can be applied to existing closed-loop or hybrid-scrubber systems with very low capex required.

The system uses an alkali additive to the normal closed-loop scrubber washwater, which reacts with CO2 causing it to be bound to a liquid medium, rather than a gas. At a main engine load of around 85%, a 5% increase in alkali dosing was able to reduce the measured CO2 emission by 3.3%. At 40% load, the company identified a CO2 reduction of 7%.

Laura Langh-Lagerlöf, commercial director of Langh Tech, and MD of sister company Langh Ship which is testing the new technology, told The Loadstar she expects refinements can be made to the system to increase the effectiveness of carbon capture.

“We are still searching for the optimal solution, and trust that the carbon capture efficiency will be further improved,” she said. “Possibly with this carbon capture amount, where you could reach maybe 10%-15%, a reduction that is easily reached with a hybrid scrubber system.”

The key, she said, was to find a solution meeting IMO regulations without having to de-rate ship engines.

“The EEXI rules are coming into force, and the CII rules as well, and we are not doing anything that would limit the engine power. This could then be a solution where the vessel could operate with the same engine power as installed previously.”

“For a much larger vessel, there might be some issue with the storage capacity, not only the chemicals for the process, but also the storage of the washwater once the carbon is captured. However, for shortsea shipping there is absolutely no problem, the amounts are reasonable.”