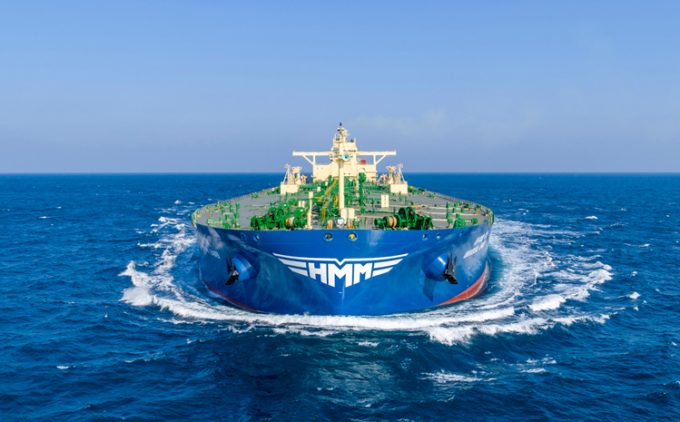 Mr Bae will begin by chairing a meeting at the European head office in Canary Wharf, London today, where he will outline the South Korean carrier’s future strategy.

A source told The Loadstar there was some internal “disappointment” over HMM’s decision to pull back on upgrading its standalone AEX Asia-North Europe service, which was due to start phasing-in 6,300-6,700 teu ships next month, adding 1,500 to 2,000 slots a week.

However, with spot rates on the tradelane having slumped to a 12-month low of $638 per teu – according to last Friday’s reading of the Shanghai Containerized Freight Index (SCFI) – it is understood that Mr Bae decided that the timing was not right for the upgrade.

Moreover, it is also understood that HMM faced a strong reaction to upsizing its AEX loop from 2M partners, Maersk Line and MSC, with which it charters slots under a three-year strategic cooperation, which expires next April.

During his visit, Mr Bae will spend time in one–to–one talks with some of HMM’s key customers. The company says “he will lead an effort to reinforce the trust of its valued customers through business meetings”. 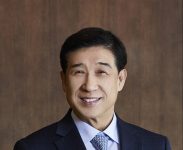 HMM reported a loss of $720m last year, following a deficit of $1.1bn in 2017. After the bankruptcy of its larger compatriot, Hanjin Shipping, in 2016, shippers will need to be reassured that the South Korean government agencies will continue to pump money into the carrier.

Notwithstanding the government’s repeated determination to do “whatever it takes” to return HMM to being a major global container carrier, there is known to be disquiet within the inner circles of state-owned Korean Development Bank (KDB) over the lack of a plan to reduce the carrier’s losses.

Furthermore, HMM is due to start receiving its first newbuild 23,000 teu ULCV in about a year, which it would be unable to fill with cargo on its own, thus exerting substantial additional damage to its P&L account.

Mr Bae’s appointment last month followed the shock resignation of CK Yoo in mid-February, just weeks after signing a three-year extension to his contract, suggesting that the KDB was losing patience with the progress of the company’s financial rehabilitation.

Having, it is understood, had applications, for when its slot charter agreement with the 2M expires next April, to join the Ocean and THE alliances rejected, Mr Bae will have meetings with both Maersk and MSC.

The carrier said: “He also strives to consolidate the relationship with the 2M, Maersk and MSC, currently under an agreement of strategic cooperation with HMM, by visiting Denmark and Switzerland.”

It seems unlikely that the 2M partners will want to talk about HMM becoming a full member after the slot charter agreement ends, but they could be interested in chartering HMM’s newbuild ULCVs, which will have scrubbers installed, as Maersk did with HMM’s 13,000 teu ships.

And even if the 2M does agree an extension of the slot charter deal, it could come with a condition: the axing of HMM’s AEX standalone loop.