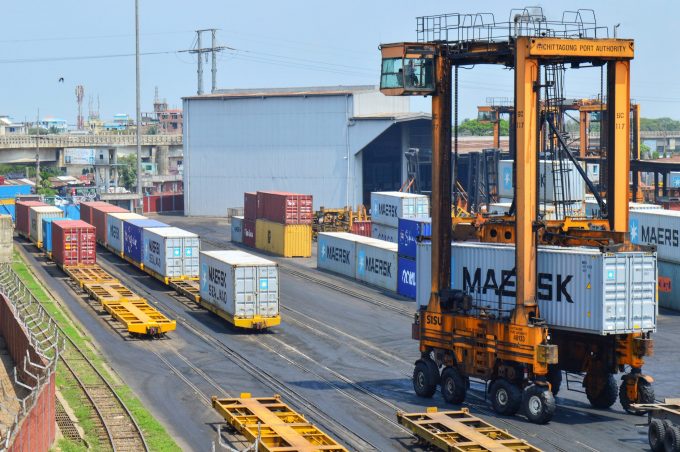 An increase in cargo handling equipment and a decline in import cargo has seen Bangladesh’s prime seaport, Chittagong, significantly reduce both volumes and berth waiting times for vessels.

Less traffic at the ports is due in part to government constraints on the import of luxury items, following a severe fall in foreign currency reserves.

Mohammed Abdullah Jahir, COO of Saif Maritime, said this had had an effect on imports by reducing the number of ships arriving.

“The world is facing issues due to the war between Russia and Ukraine,” he added.

Last month, the port took delivery of four quay cranes and 10 rubber-tyred gantry cranes, which have improved the flow of cargo through the port and helped reduce vessel berth stay times to 48 hours, from the usual 72 hours. And officials said this month there are berths unoccupied due to the lack of inbound ships.

Shipping agents are happy, as their vessels do not need to wait at the outer anchorage of the port to get a berth and say waiting time now reduced to less than one day.

“Vessels are able to berth on arrival this month,” said a senior official of the Chittagong port, adding that the increase in equipment had improved terminal performance and was the major difference.

Another shipping official said Chittagong Port Authority had been encouraging vessel operators to bring larger vessels to Chittagong in order to reduce vessel queues at the port’s outer anchorage.