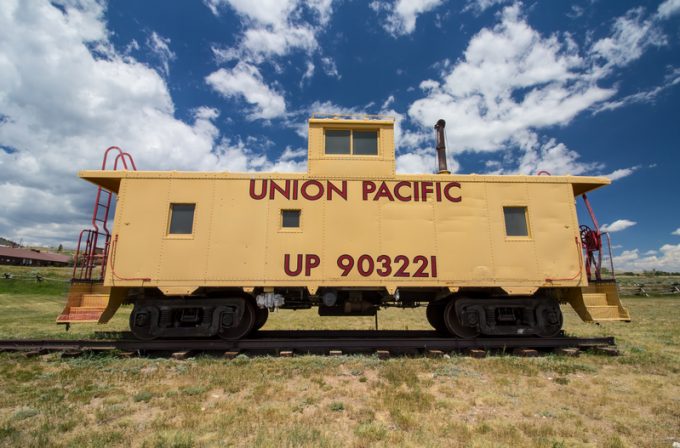 Union Pacific (UP) has done it again: for the third time in a month the rail operator has raised charges for traffic moving inland from southern California.

Yesterday, surcharges on excess contract cargo rose to $3,500 per container, and spot rates out of Los Angeles are up $1,500.

Early in August, UP slapped a $500 surcharge on containers from shippers that exceeded their contract allotments in California, followed last Monday by a $1,500 increase in spot rates on more than 250 lanes out of LA and other gateways in California.

It told customers: “Union Pacific continues to see increased demand for domestic container capacity. In an effort to drive more capacity towards committed baseload volumes, we are increasing the surcharges for customers shipping surge volume on the aggregate MCP in the LA market.”

UP and rival BNSF are cruising on double-digit growth in their intermodal volumes; according to the Association of American Railroads, this traffic has increased more than 20% since early April.

Domestic demand has been strong, but the main driver has been the surge in imports from Asia that has hit US west coast gateways.

For the port of Long Beach, July was a record month, with traffic up 21.1%, thanks to 20.3% growth in imports. The port of Los Angeles reported throughput of 856,389 teu, which constituted the port’s strongest month this year and the second-best July result in its history.

Up the coast, the port of Oakland handled 6.4% more container imports in July, year on year. But on the flip side, the port has struggled with congestion and equipment issues in the wake of this surge.

And it is not alone there: the cargo infrastructure in southern California has been overwhelmed by the rise in volumes and a convergence of other factors, notably lower productivity in warehouses and equipment shortages.

Warehouse capacity, already tight before the onset of COVID-19, has been stretched by the influx of goods. At the same time, warehouse productivity is down, partly as a result of smaller crew sizes as a result of employee safety protocols.

Moreover, labour has been in short supply. By one estimate, seasonal personnel availability is down 30-40% from a year ago, which some operators attribute to some extent to unemployment benefits under the federal Coronavirus, Aid, Relief and Economic Security (CARES) Act.

Congestion at the terminals has also been exacerbated by shortages of empty containers and chassis. In part, this is the result of the imbalance in import and export flows, but bottlenecks at the terminals are also a factor.

Truckers have complained about difficulties in obtaining slots to return empties to terminals and the port authorities of Los Angeles and Long Beach are looking at setting up chassis storage yards near the docks to keep this flow away from the terminals and manage a more even distribution to the various container facilities.

Meanwhile, operators are trying to figure out how much longer the elevated import volumes will pile up the pressure on the gateways.

The port authorities of Los Angeles and Oakland have identified restocking of depleted inventory levels as the prime driver of this, which would suggest that the surge is unlikely to last.

Meanwhile, the National Retail Federation expects August to be the busiest month of the July-October peak period.

Another theory is that retailers are rushing to bring in merchandise before the CARES Act expires, leaving unemployed Americans without income to finance their online shopping.

But some pundits predict the online shopping binge will continue. The rampant growth of e-commerce has been cited as a key factor behind the rise in imports, which has had repercussions for the west coast ports, as transit times from Asia across the Pacific are shorter than alternative routings to the east coast. Several observers regard this as a reason why the loss of traffic from the west coast to the east has more or less halted.

For users of intermodal transport from California, a reversal of this development would bring some relief regarding congestion, but also in terms of rail pricing. The recent hikes by UP have raised intermodal rates to the level of truck pricing, if not higher.