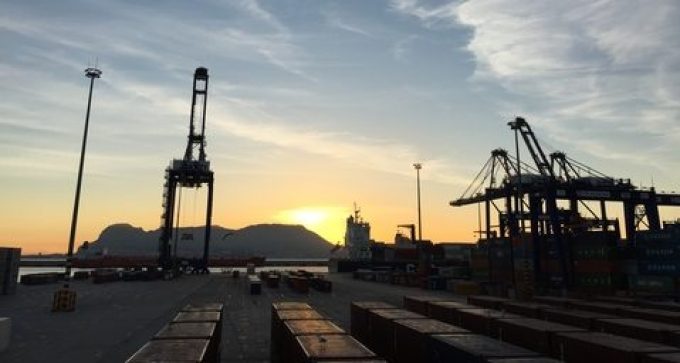 CMA CGM has signed a sales and purchase agreement with HMM to acquire a 49% stake in Total Terminal Algeciras (TTIA).

The remaining 51% of the Spanish container hub port will remain under the control of the South Korean carrier, by reason of its ownership of HT Algeciras, a special purpose company.

HMM said it expected “a great synergy effect, based on the strategic cooperation with CMA CGM” from “enhancing profitability and operational capabilities”, as well as by securing additional business.

An HMM official said: “TTI Algeciras has a great geographical advantage to play an integral role as a transhipment hub at the centre of containerised cargo flow on main tradelanes.”

In June, HMM confirmed via a Korea Exchange filing that it was selling a stake in the facility for KRW59bn ($50m) as it sought to strengthen liquidity after five consecutive years of losses.

The sale still needs the approval of the European Union, along with the Spanish and South Korean governments, but there are not expected to be any objections.

TTIA was originally owned by HMM’s now bankrupt compatriot Hanjin Shipping, and was acquired by HMM from the receivers in 2017 for an undisclosed fee.

The 1.6m teu facility commenced operations in May 2010 and operates under a concession awarded by Port of Algeciras Bay Authority, running until July 2040.

HMM lost a further $88m in the first quarter, but looks set to end some 20 quarters of losses in Q2 on the back of improved industry profitability, due to higher freight rates and cheaper fuel.

The carrier joined THE Alliance grouping of Hapag-Lloyd, ONE and Yang Ming in April and is in the process of introducing 12 24,000 teu newbuilds into the network. To date, it has received eight of 12 ULCVs, all of which have been deployed on THEA’s Asia-North Europe routes.

This considerable influx of capacity has enabled the South Korean carrier to overtake THEA partner Yang Ming to the eighth ranking in the carrier league table, with a total fleet capacity of some 628,000 teu, compared with the circa 608,000 teu operated by the Taiwanese carrier.

However, sources in Korea told The Loadstar their patience on HMM’s financial performance “is beginning to wear thin”, hence the terminal sale – the expected good Q2 numbers have come at an opportune time for the carrier.