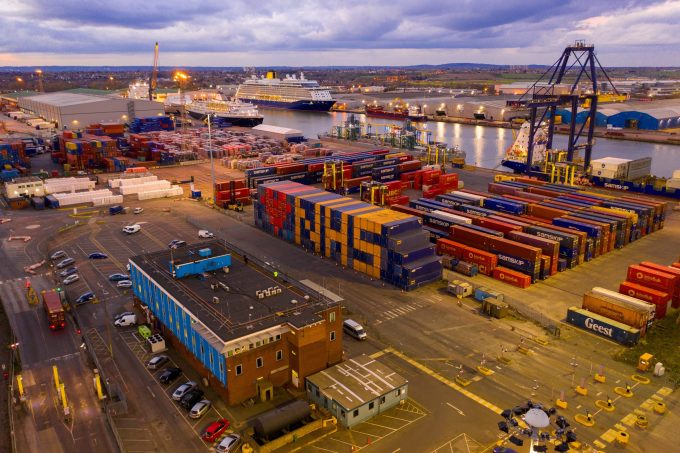 East Midlands Airport, Felixstowe, Humber, Liverpool, Plymouth, Solent, Teesside and Thames were all awarded freeport status, amid expectations that the first one will be online by the end of the year.

Mr Sunak said the new freeports would operate under rules that made it “easier and cheaper” to do business.

He added: “I see old industrial sites being used to capture and store carbon, vaccines being manufactured, offshore wind turbines creating clean energy for the rest of the country, all located within a free port.”

MP for Rutland and Melton, which includes East Midlands, Alicia Kearns welcomed the news, adding it capped a “year of local and national campaigning”.

“The chancellor’s announcement will turbocharge our region,” she added. “Our businesses will be able to take advantage of exciting new export opportunities. Global Britain is a reality for Rutland and Leicestershire now.”

Tim Morris, CEO of UK Major Ports Group (UKMPG) told The Loadstar there was excitement at the “ambitious” projects that had been selected and that UKMPG would form a Freeports Industry Users Group to take forward key aspects of implementation.

“We welcome the chancellor’s announcement of a pro-investment ‘super deduction’; unlocking more private sector investment will be key to a successful long-term Covid-19 recovery,” he added.

“Major ports already invest £600m each year in critical UK infrastructure and they’ll be looking into the detail of the ‘super deduction’ to see how this can be increased still further.”

The government’s manifesto had pledged freeport status to seven sites in England and one each in Northern Ireland, Scotland and Wales; the announcement of eight sites for England alone suggests it may be willing to increase that number.

He added: “We hope government keeps an open mind on further bids and perhaps reconsiders proposals for ports not successful today, which still play a foundational role in supporting growing sectors from logistics to offshore wind to tourism.

“Some elements of the freeports programme could easily be spread much further, helping create high-quality jobs without incurring significant cost or requiring complex oversight.”

And the North East Local Enterprise Partnership hit out at the absence of representation for the region. A spokesperson said: “After four years developing the bid, we’re naturally disappointed… it was a once-in-a-generation opportunity to transform the lives of millions. Our proposals contained some fantastic initiatives that we will look to implement irrespective of this decision, which our steering group will explore.”

However, Mr Morris said the freeports were “not a silver bullet” for addressing deprivation in coastal communities, calling on government to extend the freeports “tool box” more widely. He also expressed disappointment that ports would see “steep hikes” in the fuel duties, even as they “work hard” to cut emissions, adding that duties would damage the sector’s ability address its environmental impact.

From the winning bids the response has been one of jubilation, with Stuart Wallace, chief operating officer at Forth Ports, owner of Tilbury, part of the Thames Freeport, describing the announcement as “fantastic”.

Jerry Hopkinson, COO at PD Ports, part of the Teesside project, said: “This marks the beginning of a new chapter in Tees Valley’s renaissance. Freeport status will enable us to build on our successful track record of attracting investment and delivering real, sustainable jobs across the region for the region.

“The River Tees is a national asset for trade and Freeport status will further help us unlock its full potential and deliver the prosperity this region deserves.”