Another mega-containership runs aground, pushing salvors to their limits 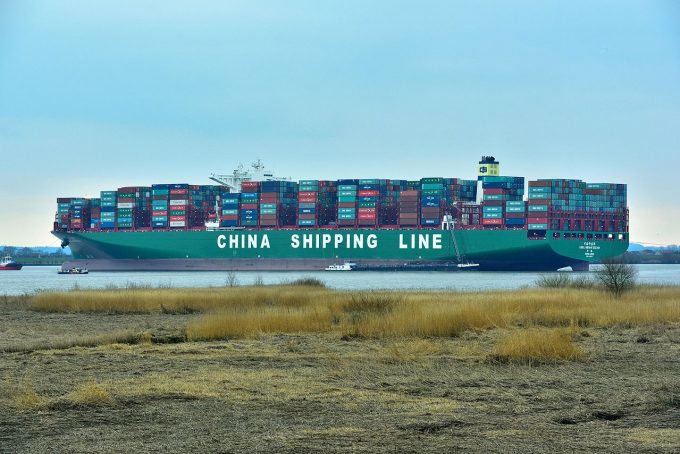 Another ultra-large container vessel has run aground in North Europe, again raising questions about the ability of salvage facilities to tackle a major incident involving the new megaships.

The 14,074 teu CSCL Jupiter ran aground at around 7am yesterday in the river Scheldt after leaving the port of Antwerp en route for Hamburg.

The fully-laden 366-metre vessel, with a pilot still on board, apparently failed to make a turn in the river when steaming at 14 knots. It became stuck on a sandbank near Bath in the Netherlands.

In a huge salvage operation mounted by the port and local authorities, 16 tugs were reportedly deployed to pull the ULCV off at high tide, around 9pm last night.

Salvors were concerned that if they failed, the ship would sink deeper into the sand and would need to be lightened to enable it to be refloated.

Fortunately, the combined power of the tugs was enough to pull the ship back into the water, with no damage so far been reported.

However, during the salvage operation, shipping traffic at North Europe’s second-biggest container port was suspended, and the immense salvage costs will be dwarfed by the cost to the port, shipping lines and shippers from the delay and knock-on impact.

The port of Antwerp is already suffering from quay and landside congestion as it strives to cope with increased throughput from higher demand, due to a combination of a recovery in trade, the realignment of alliance networks and the impact of more ULCVs.

But the port and its customers will be breathing a sigh of relief that the disruption was relatively brief: it could have been much more serious. Such as when the 19,100 teu CSCL Indian Ocean ran aground on the river Elbe in February 2016 on its approach into the port of Hamburg after suffering a steering gear fault.

Despite being lightened by the pumping out of 2,500 tonnes of bunker fuel and the attendance of 12 tugs, the ULCV remained stuck for almost a week until a higher than expected spring tide helped the salvors.

Without that high tide, the next move for the CSCL Indian Ocean involved attempting to discharge the ship of some of its deck cargo. However, the nearest floating crane with sufficient height and reach was off of the west coast of Canada.

Just a week later, the 13,892 teu APL Vanda became another casualty, suffering an “engine blackout” after leaving Southampton and was subject to a “controlled grounding” on Bramble Bank, the Solent approach, to protect it from strong currents and high winds. Eight tugs succeeded in towing the ship back into port.

Loss of power or steering at sea could be catastrophic for an ULCV. And as one seasoned salvage operator told The Loadstar at the time of the CSCL Indian Ocean incident: “We just do not have the equipment on station any longer to deal with this size of casualty.”