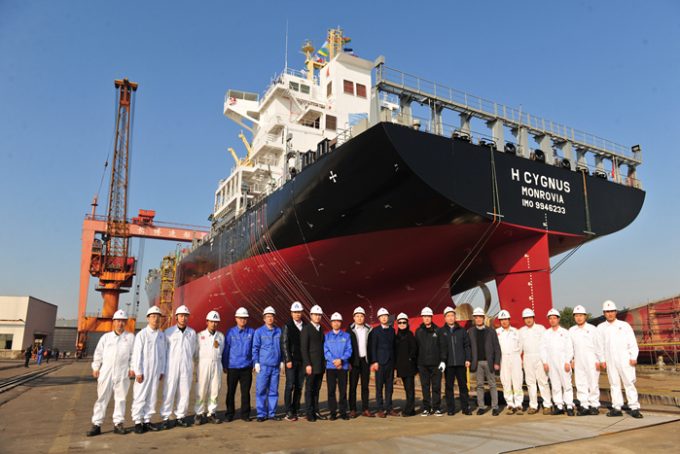 China’s Yangzijiang Shipbuilding group, active in ship-leasing and chartering in the dry bulk and tanker market, has ventured into the container sector with a charter deal with Israeli liner Zim.

Two ships built by Yangzijiang will be chartered to Zim for three years, following delivery in February and April.

The 1,800 teu ships, H Cygnus and H Mercury, belong to Jiangsu Huayuan Logistics, which is 49% owned by Yangzijiang. The other 51% stake is held by Taixing Liyuan Investment, which is 70% held by Yangzijiang’s largest shareholder, Ren Yuanlin, Yangzijiang’s chairman before he handed over the reins to his son, Ren Letian, in 2015.

Yangzijiang diversified into shipowning when it formed Yangzijiang Shipping in 2012 to take over cancelled bulk carrier orders. In 2018, the group bought into Jiangsu Huayuan, which is primarily active in dry bulk shipping in China.

A representative of Jiangsu Huayuan told The Loadstar, “We see business opportunities as charter rates of containerships are at historically high levels. Our expertise is more in dry bulk, so for now, where containerships are concerned, we’re just involved as a tonnage provider.”

Like its peers, Zim has been expanding its fleet as freight rates have stayed high, although it is doing so by signing long-term charters. In mid-January, Zim agreed an eight-year charter for three 7,000 teu LNG-fuelled ships being built by Eastern Pacific Shipping, and chartered the 2010-built 4,328 teu Bermuda from Navios Maritime Partners for $42,000 a day for 46-50 months.