News / Yang Ming: reports of our impending financial death have been greatly exaggerated 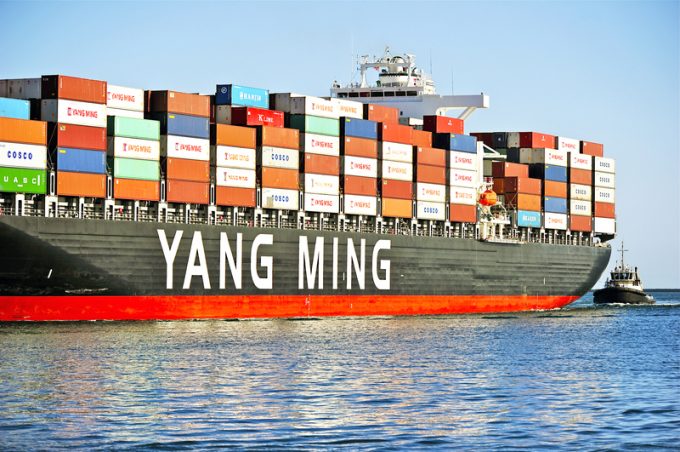 Yang Ming today sought to reassure customers and suppliers on its solvency as a global container carrier.

The world’s ninth-largest carrier said: “Yang Ming is not in default of any obligations and suggestions otherwise are patently false.

“As we head into the new year, Yang Ming assures its customers that it will remain absolutely committed to stay competitive in the industry.”

The announcement followed a research paper published by Drewry last week, suggesting Yang Ming had taken “the slot left vacant by Hanjin Shipping, as the company with the most leveraged balance sheet in the industry”.

Drewry Financial Research Services (DFRS) noted that the carrier had a net gearing of 437% at the end of the third quarter last year, having accumulated some $1.2bn of losses since 2009.

It described the carrier as a “red flag” risk, and believed that, notwithstanding the improved market outlook, its high cost structure and debt would “keep Yang Ming in the red in 2017”.

Following the sudden collapse of Hanjin last August, shippers have been increasingly concerned about the financial stability of the carriers they use. Moreover, claims from Hanjin’s creditors have reportedly reached some $26bn, making it by far the biggest container line bankruptcy in the industry’s 60-year history.

Suppliers worried that about getting caught out again are reviewing the credit terms of weaker carrier customers.

DFRS welcomed Yang Ming’s statement and said: “We believe the company has been forthcoming and transparent and are appreciative of the company’s quick and clear response. This should likely soothe both the customers and investors’ nerves. However, we await further actions to review our stock recommendation on YMM, expecting a highly dilutive and large equity injection.”

Yang Ming explained the details of its financial recovery plan in a customer advisory released today.

It said the funds would come from “various government and private entities, including banks and financial institutions” and would take the stake owned by the Ministry of Transportation and Communications (MOTC) “well beyond the current 33.3%”.

In November, MOTC announced it was creating a $1.9bn fund for the country’s shipping groups to access in the event of them entering the sort of financial difficulties that spelt the end of Hanjin.

“Yang Ming will continue to take a conservative approach in its actions, but Yang Ming is fully aware of and prepared to exercise on its option to draw on the $1.9bn in government-backed funding should circumstances in the market arise requiring for such assistance,” the line said today.

“Yang Ming has never approached its creditors with any demands to restructure any part of its debt, and has no intention to do so going forward. Yang Ming has never failed to deliver in difficult times, even in the wake of the largest carrier bankruptcy,” it added.

In an attempt to cut overheads, Yang Ming has cut executive pay by 50% and that of line management by 30%.

According to Alphaliner data, Yang Ming operates a fleet of 101 ships with a capacity of 579,048 teu, giving it a 2.8% global market share.

Currently a member of the CKYE alliance, from April it will join with Hapag-Lloyd, K Line, MOL and NYK in THE Alliance.