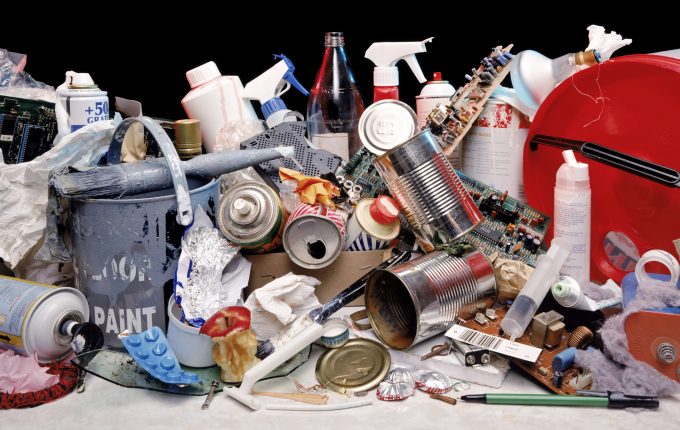 Firms that can turn household waste into fuel for Britain’s HGVs could be in line for government funding.

Industry bodies gave a mixed response to a Department for Transport (DfT) announcement that it would make more than £20m available for projects producing low-carbon waste-based fuel for aircraft and trucks.

Transport minister Jesse Norman said: “We are making funding available to innovative businesses which will lead the way in developing alternative fuels that are efficient, sustainable and clean.

“We want every new car and van in the UK to be zero-emission by 2040, but we know lorries and planes will rely on more traditional fuels for years to come, so we must promote alternatives.”

According to a government study completed in January, existing electric motors lack the required power for high-weight vehicles like aircraft and HGVs. It says the new fuels are chemically very similar to conventional fuels, so can be used in aircraft without the need for engine modifications.

Mr Norman said the fund could help deliver five new low-carbon fuel plants by 2021, adding that aircraft and lorries powered by it could use up to 90% less carbon than traditional fuels.

While praised by the Freight Transport Association (FTA) as a “positive” step in reducing emissions, the move was questioned by policy director of the Road Haulage Association (RHA) Duncan Buchanan.

“In principle, the RHA is not against this plan, but we do have to ask if this is the most sensible use of an alternative, carbon-reducing fuel,” Mr Buchanan told The Loadstar.

“Fuel is a resource and it should be used in the most effective manner – restricting it to use in transport doesn’t make sense. It may be better for the environment to use it in homes.”

The FTA, however, said this kind of project was required to help the country’s haulage industry lower its carbon emissions.

FTA head of national and regional policy Christopher Snelling, said “huge” strides had been taken to improve air quality emissions from HGVs, but now the industry had to address greenhouse gas emissions.

“Road transport is the main means of delivering goods across the UK with 80% of the UK’s goods moving by road,” said Mr Snelling. “Even if we maximise use of rail and water, it will remain the dominant mode of freight, so we must improve, and “rubbish” initiatives like this may indeed be the way forward.”

Under the plans, funding will be made available to business looking to develop alternative fuels that are efficient, sustainable and clean, and has already received interest from 70 groups.

Low-carbon transport fuels made from waste materials could be worth £600m a year to the British economy by 2030, and could also support up to 9,800 new jobs.