News / It's war, as Wal-Mart seems determined to take on Amazon in the delivery stakes 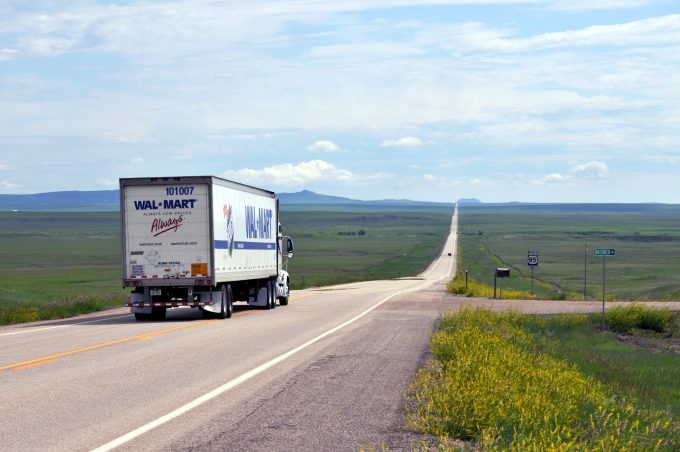 Wal-Mart’s war with Amazon appears set to intensify following reports that the retail giant is lining up a $1bn investment in Indian e-commerce supremo Flipkart and is exploring development of an in-house fulfilment service for its marketplace sellers to rival that offered by Amazon.

According to India’s Economic Times, the world’s largest retailer has entered early talks with representatives from Flipkart with a meeting scheduled imminently.

Should a deal be reached, it would mirror that forged in June between Wal-Mart and Chinese e-tailer JD.com, when the US firm paid $1.5bn for a 5% stake in the Chinese company.

A similar agreement would bolster Flipkart’s ability to take on the well-funded Amazon, which is threatening the Indian firm’s supremacy in a market that some forecasters expect to be worth in excess of $200bn by 2025.

Last year, Amazon reported annual sales of $99bn, representing growth of 20% year-on-year. This sharply contrasted with figures from Wal-Mart, which reported a 0.7% downturn.

And while things are looking better for the retailer – second-quarter results showed growth in online sales, albeit marginal – Amazon continues to push for supremacy with 31.1% growth over the three months to September.

In an attempt to take the fight to the online giant, Wal-Mart has slashed its delivery times from three days to two – and at half the price of Amazon’s service.

The retailer also seems to have taken note of the growing popularity among third-party sellers for the Fulfillment by Amazon (FBA) service. In 2015, FBA delivered more than 1bn items worldwide. Active sellers utilising the service grew 50% year-on-year.

Speaking at the shop.org Digital Summit in Dallas, the director of business development for Walmart.com Marketplace, Tri Huynh, said the retailer was investigating the possibility of a fulfilment service for its sellers similar to FBA.

Mr Huynh said. “We are looking at logistics and exploring that.”

However, internetretailer.com cited a Wal-Mart spokesman as later having said that the firm “has made no decision to explore or open up fulfilment services to third parties”.

While such developments will heighten customer interest, the company’s suppliers are coming under increased pressure to meet Wal-Mart’s ever-tightening delivery windows, after it cut its shipping window from four days to two.

At the same time, it also upped its delivery compliance requirement for North American suppliers from 90% to 95%, with the changes set to take effect in February. Suppliers who miss this target by 5% or more will receive a 3% charge on their quarterly invoice.

Speaking to supplychainbrain.com, Andrew Lynch, co-founder and president of Zipline Logistics, claimed that could be a “massive hit” for suppliers.

Lynch said suppliers should not immediately turn to express services to tackle the issue, but instead focus more keenly on their supply chains.

“They’ll need to bring together sourcing and production teams in order to ensure tighter coordination between manufacturing and logistics.

“In addition, they’ll have to reach out to carriers to establish reasonable expectations of transit time,” he said.

Colby Beland, vice president sales and marketing for CaseStack, speaking on Focus on Suppliers, said: “Suppliers now have six months to figure out how to do this and get in in place. They need to start now to determine who can help them. There is no time to waste.”