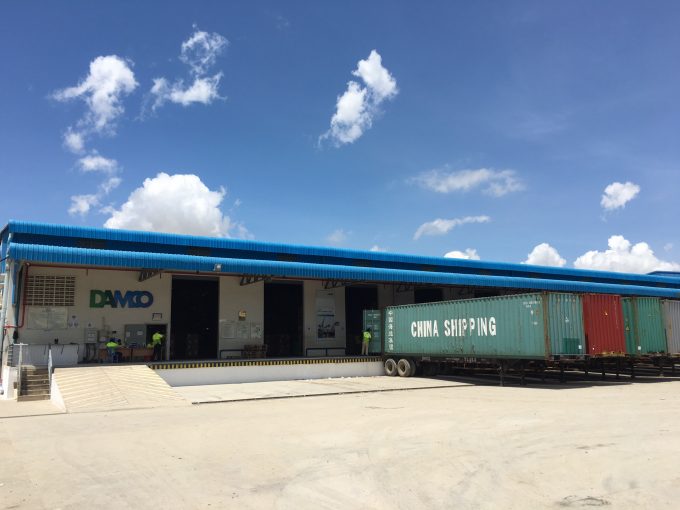 Cambodia’s garment exports could take a hit from the inclusion of neighbouring Vietnam in the controversial Trans-Pacific Partnership (TPP) trade agreement.

“The TPP can be a low-light for Cambodia’s export industry, as factory owners are looking for other countries to manufacture their products,” said Marco Civardi, area managing director for Vietnam & Cambodia at Damco.

“It is therefore foreseeable that some low-end garment production will shift to Vietnam as factories rightfully want to benefit from TPP’s reductions in duty and taxes.”

He added that, following the decision to increase minimum wages in the textile sector, “it seems that Cambodia has at least partly out-priced itself as a low-labour market”.

Cambodia’s government has not ruled out joining the US-led TPP, which aims to lower trade barriers between 12 Pacific Rim nations, accounting for 40% of the global economy. Recent comments from Commerce Minister Sun Chanthol indicated future interest.

Crucially, the trade agreement is yet to be ratified in the US, and with Presidential candidates Donald Trump and Hilary Clinton both voicing opposition to the TPP in its current form, it is unclear when, or indeed if, the agreement will become law.

Meanwhile, garment production continues to be a key driver for Cambodia’s logistics industry.

According to Mr Civardi, the industry represents the largest portion of Cambodia’s manufacturing sector, making up 80% of exports, while the number of operating factories reached a record 640 last year.

Mr Civardi said Damco had experienced strong air cargo volume growth so far in 2016. However, costs are still relatively high because most capacity is uplifted via passenger aircraft, and capacity is limited to five air-bridge terminals in Phnom Penh airport and 10 aircraft stands in Siem Reap.

“From our side, to be continuously innovative and cost-effective, we developed a land-air solution aiming to serve our clientele by trucking their cargo to either Bangkok or Ho Chi Minh City airports, where we can have access to a higher frequency of flights and greater freight capacity,” he added.

A recent flurry of airline activity may help to bring down costs, however, with Emirates, Raya Airways, Turkish Airlines, AirBridgeCargo, and Thailand’s K Mile all adding new dedicated freighter services into Phnom Penh since April.

Alternative shipping options, over land and by sea, bring their own challenges in Cambodia.

“Trucking costs are high also in comparison with Cambodia’s neighbours,” explained Mr Civardi. “Unfortunately, such costs keep on increasing yearly, putting severe pressure on the margins of each logistics player, as it’s not always possible to adjust prices to our customers proportionately.”

Trucking costs are so high the government felt obliged to intervene in May by pressing hauliers to reduce rates. The initiative has so far been unsuccessful, according to CMA CGM general manager Nhiev Kol, who said implementation was inefficient and that so far the government had “done little”, despite promises.

At the same time, international container shipping services are infrequent and port congestion can be an issue.

“As of now there is only one weekly vessel departure and too frequently there are containers congested at the port of Sihanoukville,” Mr Civardi said. “As a result, container shipping services are not yet up to standards and the shipping cost not only has no sign of decreasing, but increases, especially during peak-season periods.”

Here comes the revisited shipping version of ‘The Neverending Story’.