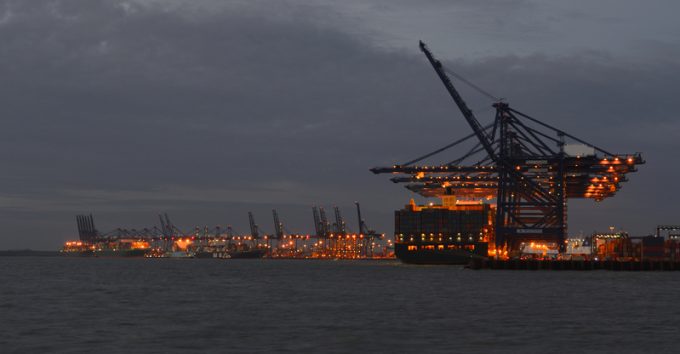 Unite has confirmed a second wave of strikes are to take place at the Port of Felixstowe after the port’s owner/operator Hutchison “unilaterally” ended talks over a new contract.

The industrial action is set to run for eight days from 27 September to 5 October and, as reported by The Loadstar last week, will overlap with strikes taking place at the Port of Liverpool running from 19 September to 3 October.

“Rather than seeking to negotiate a deal to resolve the dispute, the company instead tried to impose a pay deal. Further strike action will inevitably lead to delays and disruption to the UK’s supply chain, but this is entirely of the company’s own making.”

Commenting on the news, a statement from Felixstowe expressed “disappointment” in the new strike action.

It added: “The collective bargaining process has been exhausted and there is no prospect of agreement being reached with the union. The port is in the process of implementing the 2022 pay award of 7% plus £500 which is backdated to 1 January 2022.”

Unite noted that the port unilaterally ended negotiations after refusing to improve a pay offer and announced that it would be imposing the 7% pay deal on the work force.

With the UK port operator having generated £78m in pre-tax profits in 2021, according to its latest accounts filed with Companies House, on a turnover of £342m, leading workers to reject the imposed pay deal by 82% on a 78% turnout, with the 1,900 dockers now set for their second walkout in as many months.

One source told The Loadstar: “We remain cool, calm, and collected with the situation and have a few weeks to sort out how to keep our goods moving.

“But, given the market’s not massively busy at the moment, and given that customers seem to be fairly lenient and understanding when it comes to industrial action, we’re not as concerned as maybe you’d expect – last time we got all our boxes out.”

However, concerns remain over the impact on the UK’s long-term reputation, particularly if Hutchison confuses customer short-term leniency for acceptance of a new norm.

For more on the UK, check out this clip from The Loadstar Podcast of Paul Stoddart, chairman of European Cargo, on why the 31 December Brexit deadline could “devastate” UK aviation.

The source noted when strikes in Hamburg erupted, the rest of the world watched in dismay at the inability to find a swift resolution, but added that with the UK, now in its post-Brexit phase, following a similar response could reduce the country to a feeder route.

“Short-term, it may not be a big issue but longer-term it will tarnish UK PLC, especially with the overlap at Liverpool,” added the industry insider.

Carriers had begun notifying customers of contingencies for the Liverpool strikes, largely based around re-routing goods through other UK gateways, but the addition of Felixstowe has led to concerns that DP World London Gateway and Southampton may be overwhelmed.

A spokesperson for the Emirati company told The Loadstar that it would not comment on the matter.

Unite general secretary Sharon Graham said: “Felixstowe and Hutchison are both eye-wateringly wealthy but rather than offer a fair pay offer, they have instead attempted to impose a real terms pay cut on their workers.

“Since the beginning of this dispute Unite has given its total support to its members at Felixstowe and that will continue until this dispute is resolved.”