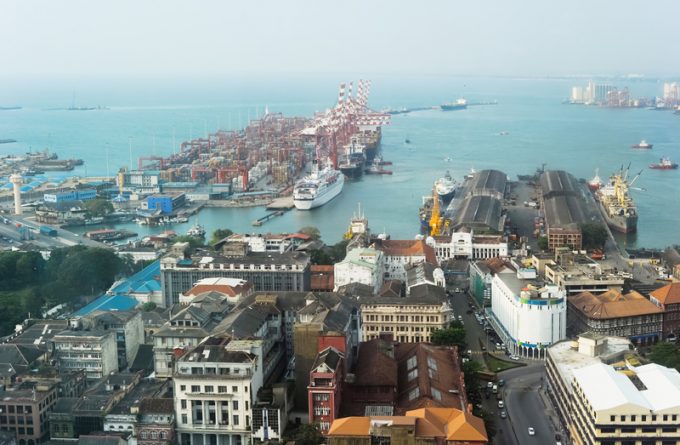 THE Alliance appears to have forgotten UK apparel shippers in the reorganisation of its Asia-Europe strings, according to one leading high street retailer.

European importers are poring over the new alliance schedules to work out which ones best fit their supply chains.

For many UK clothing retailers, Bangladesh continues to be one of the most important sourcing locations, but its principal port, Chittagong, is unable to handle deepsea mainline Asia-Europe vessels. Shippers are reliant on feeder connections between the Bangladeshi gateway and Colombo in Sri Lanka.

However, the source told The Loadstar the port call rotation of THE Alliance’s Far East-Europe 5 (FE5) service, the only one to call at Colombo and which has London Gateway as its last port of call after Rotterdam, Hamburg and Antwerp, meant the service was simply not suitable for the faster transit times required by clothing retailers.

“The damage is done after the vessel leaves Colombo. The transit time to the UK is 23 days, As a retailer, you would need some kind of Tardis to get your supply chain right,” he said.

The importer continued: “We have been told that it is due to a call further up the route in Asia, and that there are a lot of shippers in Northern Europe who are taking cargo from there – time will tell whether the carriers revisit that decision. At the moment, it [the FE5] is useless for us, but if in six months the rotation is changed we will be happy to look at it again.”

In contrast, the 2M partners offer a transit time of 15 days from Colombo to Felixstowe and 20 days to Southampton on their AE1 service, with a westbound port rotation of Shanghai-Ningbo-Hong Kong-Yantian-Tanjung Pelepas-Colombo-Felixstowe-Rotterdam-Southampton-Bremerhaven

The Ocean Alliance’s Loop 6 has a transit time of 19 days to Felixstowe. Its westbound port rotation runs Kaohsiung-Ningbo-Shanghai-Taipei-Yantian-Colombo-Rotterdam-Felixstowe-Hamburg.

The FE5’s elongated transit time between Colombo and the UK will also work to the detriment of Sri Lanka, which itself has a sizeable clothing and textile industry.

At the recent Brexit seminar organised by the Freight Transport Association, the chairman of Sri Lanka’s Shippers’ Council, Michael Joseph Sean van Dort, said the UK represented a $1bn market for the island, with 10% of its exports bound for the UK.

He added: “Articles of apparel make up our biggest exports and 41% of them are shipped to the UK. Sri Lanka has competencies that Britain demands,” he said.