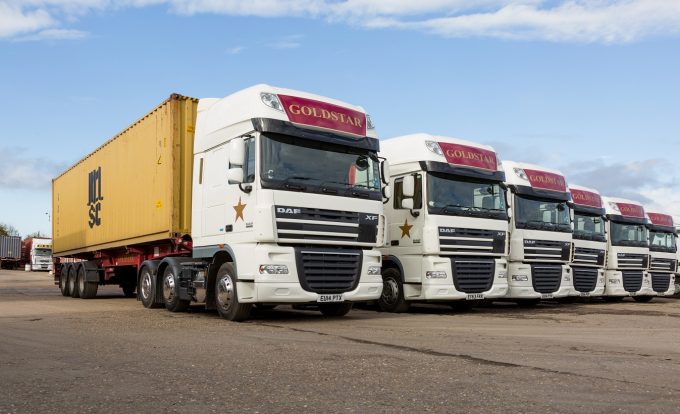 Further consolidation in the UK container haulage sector this week as Turners Group announced its growing ambition in the sector with the purchase of Felixstowe-headquartered Goldstar Transport for an undisclosed sum.

Turners said it expected annual group turnover to “increase by £95m and will now approach £400m” and that the acquisition was a further step in its expansion of its container haulage business. It agreed to acquire Macintyre Transport at the beginning of this year.

MD Paul Day said: ‘’I’m incredibly pleased to have been given the opportunity to purchase Goldstar. It is the second-largest container operator in the UK and will give our group a growing presence in this important sector.”

Goldstar operates 350 owned vehicles and has a similar number of dedicated subcontractors in 10 locations across the UK. In combination with MacIntyre Transport, the acquisition will see the Turners Group container haulage fleet reach 750 owned vehicles and 450 dedicated subcontractors, placing it second largest in the industry behind Maritime Transport, which operates a fleet of around 1,400 trucks and over 2,000 trailers.

Turners said Goldstar would continue to be run as a separate company and managed by its current directors – a similar arms-length strategy to the MacIntyre takeover, which saw founder Harvey Macintyre retire but its management team remain, as well as the brand.

Goldstar MD Matthew Ashworth said: ‘’The support of Turners will be hugely beneficial to the long term success of Goldstar, its customers and its staff. I am excited by the future opportunities we’ll have, and I look forward to continuing to drive the business forward with my fellow directors.

Mr Day added: “Goldstar is very well managed, remains customer-focused and has achieved consistent growth of the last 18 years. This opportunity further strengthens our service levels and flexibility to our existing and potential customer base within this important industry sector. Goldstar has an extremely loyal workforce and one which Turners looks forward to supporting and working with in the future”

With the acquisition, Turners Group will have more than 1,750 vehicles operating in its three core divisions: Temperature-controlled, Tankers and Containers.