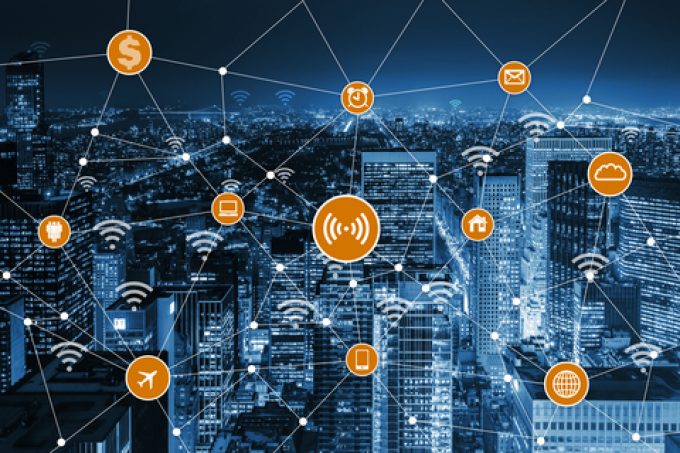 The push for the use of IoT solutions in logistics is gaining momentum, as operators sense the potential for new applications that could be game-changers for the industry, while technology providers see fertile openings for their offerings.

For example, Hanhaa, a UK-based technology firm that focuses on IoT solutions, in September announced a partnership with iD Commerce + Logistics to set up a US hub for the management of the British firm’s ParceLive data trackers in North America.

“This agreement with iD will create an excellent partnership for growth,” said Azhar Hussain, CEO and founder of Hanhaa.

For their part, forwarders as well as airlines have hooked up with technology firms to explore new horizons with IoT.

DB Schenker formed a partnership with Cisco this year to develop, test and implement applications around IoT and other innovative technologies. They established a joint innovation lab in a warehouse in Houston to test and commercialise new technologies for logistics.

During the summer Volga-Dnepr got together with SITAOnAir to use the communications firm’s IoT platform to monitor conditions of sensitive shipments in real time on aircraft of the group’s scheduled carriers, AirBridgeCargo and Cargologicair. This is taking data collected by sensors from OnAsset Intelligence in flight and feeding them into SITAOnAir’s gateway for transmission to the carriers’ ground data management and dispatch platform.

Sergey Lazarev, general director of AirBridgeCargo, described this as “a game-changer, blazing a trail for the monitoring of ambient shipment conditions during flight”.

“With genuine IoT capabilities enabled for us on board by SITAOnAir, our digital pharma service is born,” he added.

Guillaume Drucy, president of consulting firm Drucy Digital, noted that data loggers that can record a shipment’s position, monitor ambient conditions and transmit these data already exist, but they are expensive and hampered by large batteries with limited lifespans. Also, they currently shut off in flight. Using IoT constitutes a significant step forward to in-flight monitoring, he said.

“If you match this with smart data analytics, you can do a lot of things, like choose a better routing,” he pointed out.

Monitoring shipments in real time is a major focus for IoT applications at this point, but its potential is much wider. According to DHL, which has been working with technology firms Cisco and Huawei to explore IoT applications in logistics, it has the potential to generate up to $1.9 trillion in additional value for the international logistics industry by 2025.

Neil Hamilton, vice-president, business development at IoT connectivity provider Thingstream, thinks the use of IoT in conjunction with vertically integrated order processes can allow a shift of supply chains from a push to a pull model, which starts with the end consumer when an order is placed. This promises leaner supply chains with minimum stock levels, he claims.

The route will not be easy, Mr Hamilton acknowledged. Every part of the supply chain has to be on board, he stressed, adding that there will likely be much resistance along the way.

But then, nobody expects IoT to transform the industry overnight. Mr Drucy said it was still early days for IoT in logistics.

“Getting the data off a plane (or another vehicle) is only the first part. Can you read that? Can you integrate it with your system?” he asked. For IoT to fully establish itself, investment and standardisation are necessary, he added.

“You can do things in a closed loop today, but as soon as you go outside the loop, it doesn’t work,” he said.

He be;ieves IoT’s advance and the quest for standards should reinforce Cargo iQ, the IATA system for air cargo performance measurement.

“You need to match the data with a process. If you have a temperature excursion, you have to identify where it happens and who is responsible to take action,” he said.

For many observers IoT evokes visions of system collapse as hackers infiltrate them through remote gadgets linked through IoT with networks. However, Mr Drucy does not think that this will stop IoT.

“Security is an issue, but it’s not a blocking factor,” he said.

The rise of pharmaceuticals and perishables in air cargo should push the momentum of IoT proliferation in this sector. Mr Drucy noted that the pharma sector had been the main driver for its advance in air cargo, and the food industry is also pushing.

“They are very keen to know what’s going on with their product,” he said.